I’m still recovering from The Great Flood of 2010 here at the Hepworth house.

Today I patched the huge gaping hole in my closet ceiling! Yay! 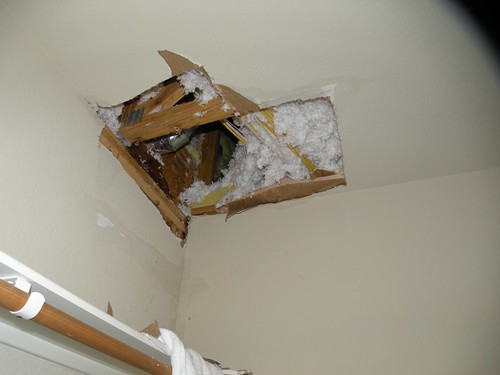 Hanging Sheetrock is one of my most favorite things to do! Ever!!

It was challenging, but I did manage to think of a few things that are in fact more fun than hanging Sheetrock.

1. Root Canal. Those are always loads of fun.

But anyway, even though I’d rather do any of those Top 5, I Sheetrocked (is that a word? With the ‘ed’ on the end? Well, it is NOW.) instead.

(This is the AFTER photo.)

I’ll show you how to hang Sheetrock in just a sec, but first I guess I should update you as to WHY we had a flood in the first place.

I found a roofer who came over at 8:30am the next morning. He climbed on the roof and poked around.

These cute little things (not these exact ones, but Raccoons in general) were using this Crepe Myrtle BEFORE I chopped it down… 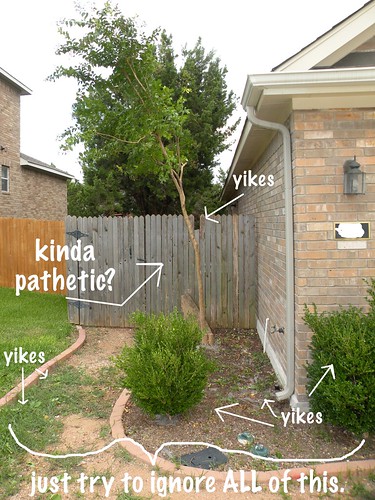 to climb on my roof and “play”. During their “play” time they would POOP. Some of this POOP hardened and got wedged under the ?flashing? (I think that’s what it’s called…) and created a dam. As the water would flow down the flashing, it would hit this Raccoon dam, get backed up (no pun intended! ha!) and would flow under the shingles and into my house.

How’s that for a story?

The roofer was way cool though and cleaned out the poop for FREE!!!

So, now because of some crappy Raccoon turd, I’m left with a hole in my ceiling that I’ve got to patch. Good times.

Here’s how to Sheetrock:

Disclaimer: This is how *I* Sheetrock. I’m sure it’s probably not the professional accurate way, but it works for me.

First, I had to get rid of the rest of the gross Sheetrock as well as square it out so that I could easily cut a new piece to fit in. 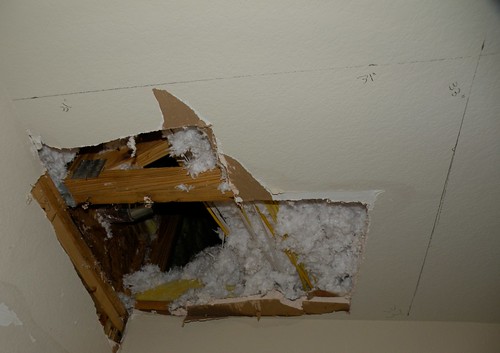 Do you see where I drew my lines to cut?

After lots of sweat and dust in my eyes, I’ve now got a nice square hole. 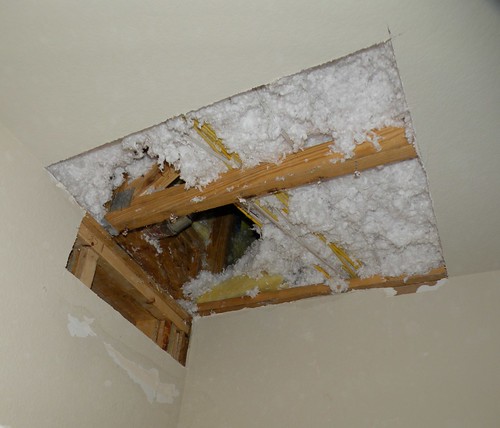 After the hole was cut I removed all the extra nails that were sticking out. It’s kinda hard to hang Sheetrock if nails are blocking the way. 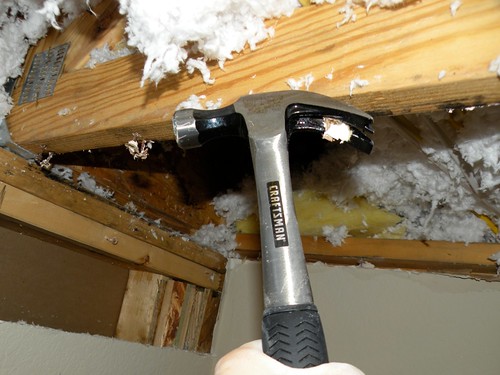 Then I measured the space and drew out a map of what to cut.

Here’s my Oh-so-accurate-very-professional-measurements drawn on the back of a piece of Sheetrock trash. 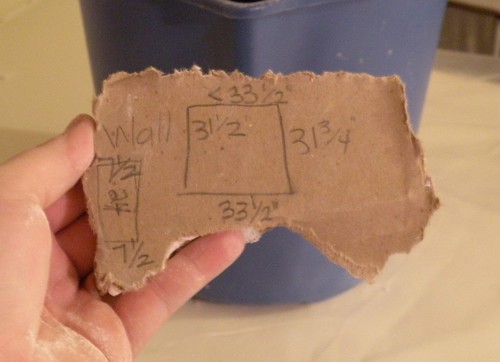 When I lived in Dallas (before Beverly Hills) I did lots of renovating on our house. I had a piece of Sheetrock leftover that I INSISTED we pack and take with us. I’m kinda crazy about my renovation supplies. 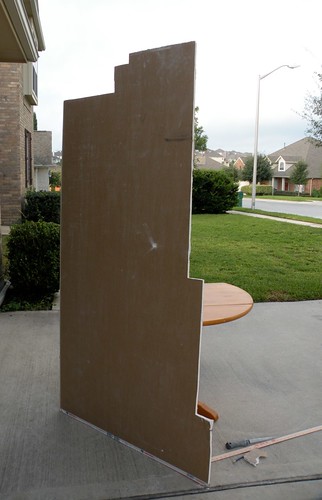 Fortunately I had my huge piece of leftover Sheetrock to work with.

I measured out the size I needed and drew it out on the Sheetrock. Then it was time to cut.

Here’s a tip when cutting Sheetrock. If you score the Sheetrock (not even very hard – just enough to cut the top layer of paper), you can just tap on it and it will snap in two. 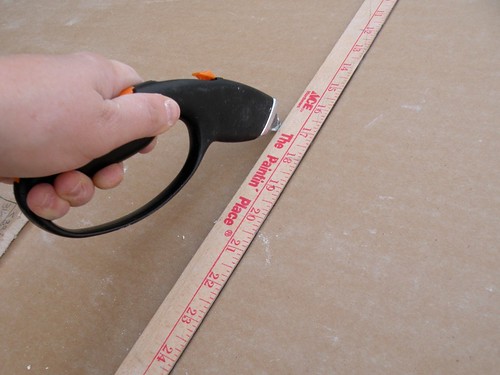 After I scored it, I just tapped it, and voila! 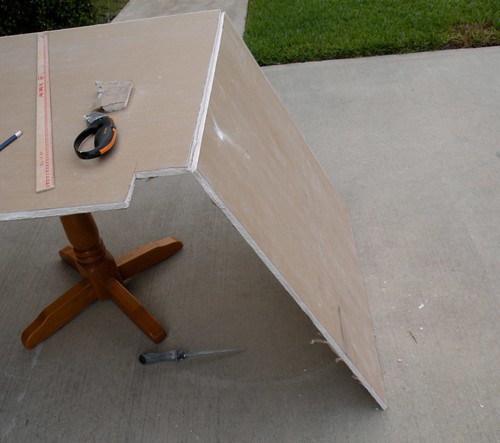 Then I just went back with my blade and cut the bottom apart. So easy!

Now I’m ready to hang the crappy stuff and get on with my life! 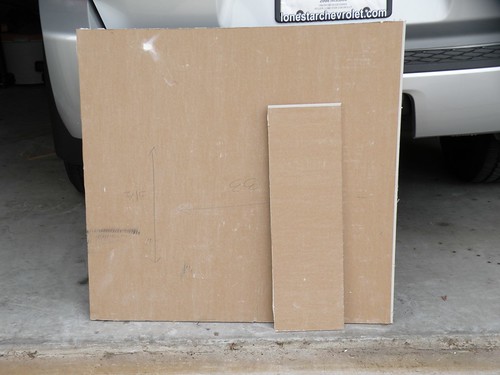 It took me an additional 10 minutes or so, but thankfully I managed to find my leftover Sheetrock screws. 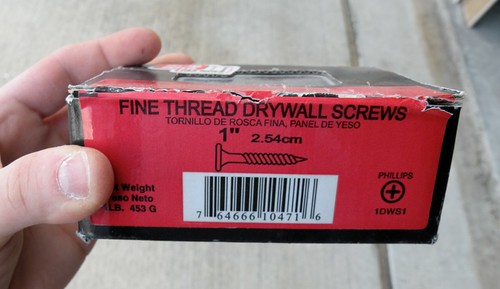 It’s generally easier to hang Sheetrock if you actually know where the studs are, so mark them first! 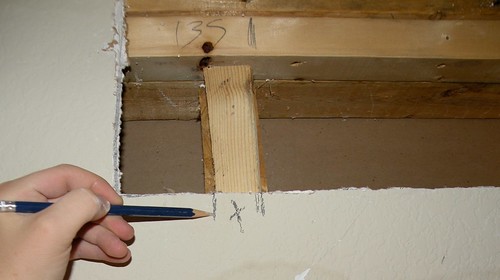 Here they all are marked with an X. 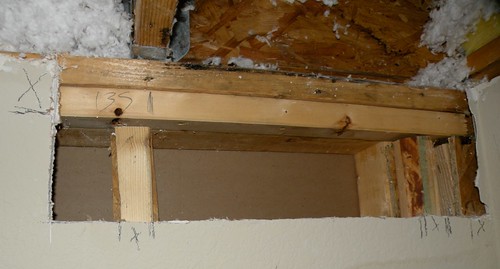 Now I’m ready to tape and float the area and then apply the texture. 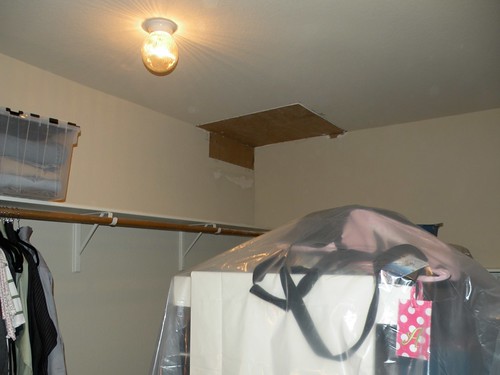 But I’m tired, and I don’t care anymore (for today at least). This project has lost my attention span. Maybe I’ll get it finished tomorrow. Or next week. Or in a few months.

BUT at least NOW I know that no rats or spiders or roaches or anything GROSS will be creepy-crawling it’s way down into my closet!

I can live with unfinished Sheetrock. I just couldn’t take the thought that something gross might come bite my toes! Ack!

So, that, my friends, is how you install Sheetrock.

It looks easy — and it is easy. It’s just dirty and dusty and requires me to sweat a lot which I don’t particularly love doing.

Oh, and also I don’t like breathing the dust. I hope I don’t get lung cancer.

We went from this: 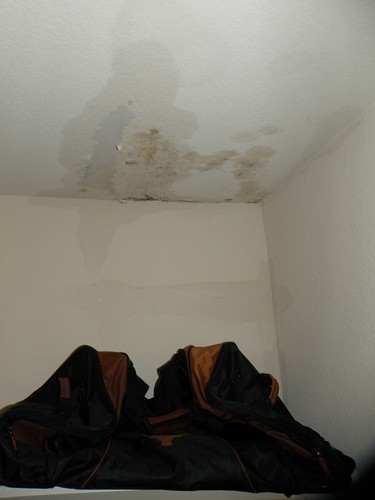 Oh, I also did something super cool and FUN to this closet that I can’t wait to show you!!!