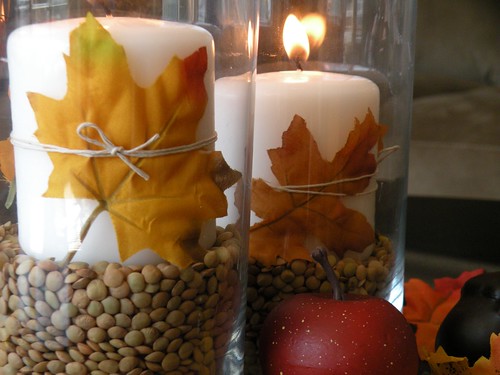 As much as I liked the centerpiece on my coffee table, it really needed a Fall makeover. 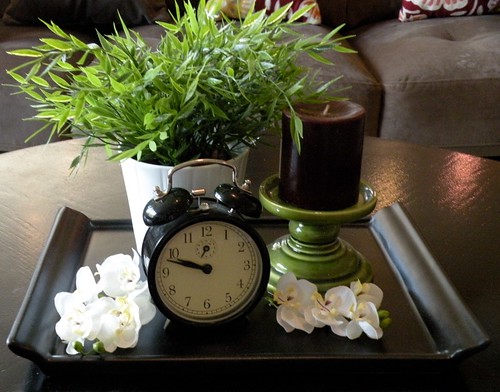 My new centerpiece took me less than 10 minutes to put together and was free!

(I only used stuff I had laying around the house) 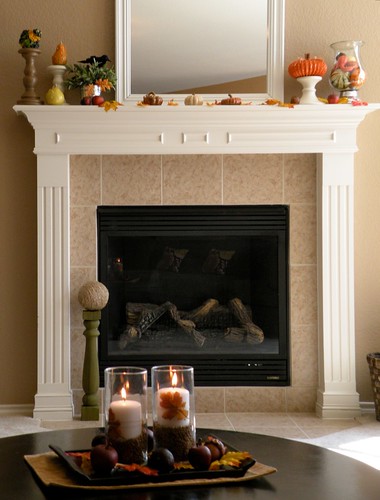 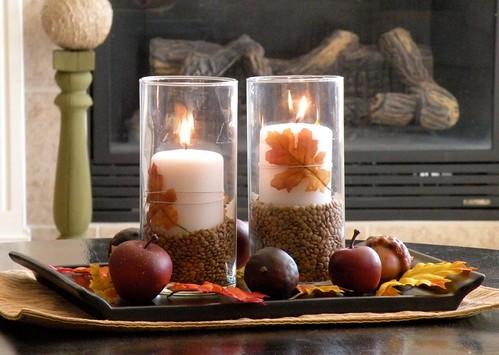 To create this super cute centerpiece, I took the tray from the last centerpiece, set it on top of a placemat I already had, and added some fake leaves. 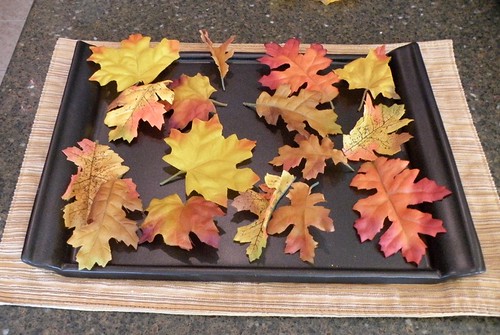 Then I added two dollar store glass vases and a few fake plastic acorns and apples from the Dollar Spot at Target. 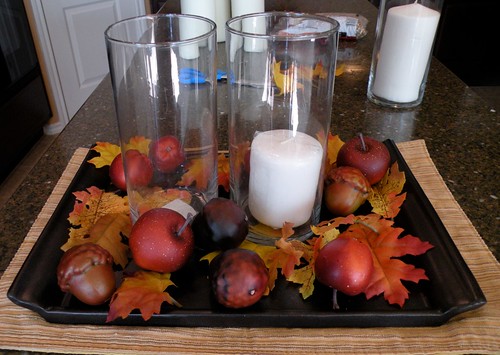 You can see that I was playing around with which size candle to use.

I decided I wanted to have the little ones because I thought they were cuter, but they needed something under them to raise them up.

So I went to my pantry…

And came up with this: 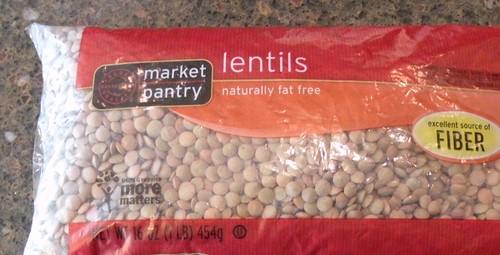 I also wanted the candles to have something cute on them so I just took some hemp and leaves and tied them to the side of each candle. 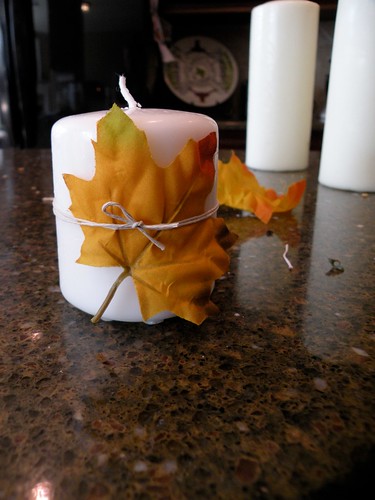 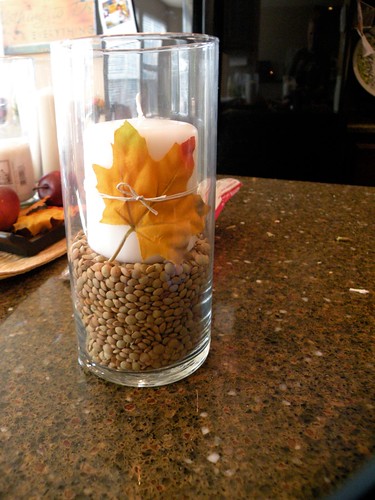 I love it. I can proceed now! Yay!

A lot of my crafts are trial and error. I just play around with different elements until I get a look I like.

Finally, I just added the glass jars back on the tray and I was done! 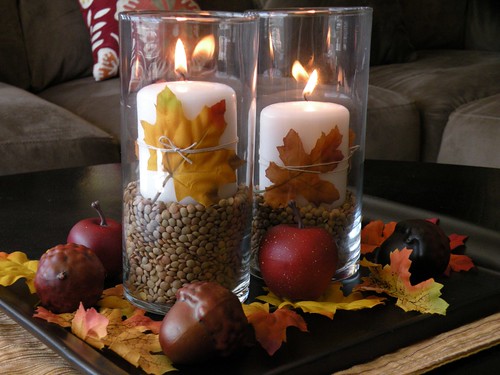 One thing to point out if you make your own display is to make the levels of the lentils at different heights. It gives it more depth. 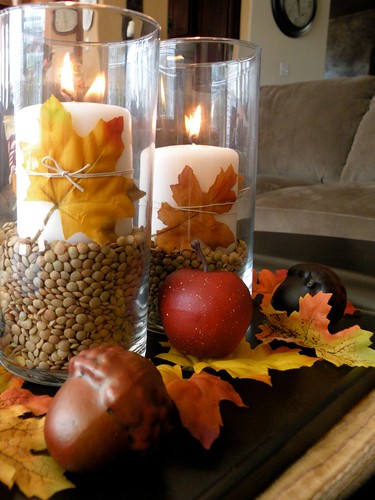 I am very pleased with how this display turned out.

And seriously, it was really easy to throw together!

I have no idea what is going on with my newel and large decor ball in the background. Ha! Kids! I didn’t even notice until after I took the pictures. Silly kids. (But I did paint the newel green. It’s slowly coming along…) 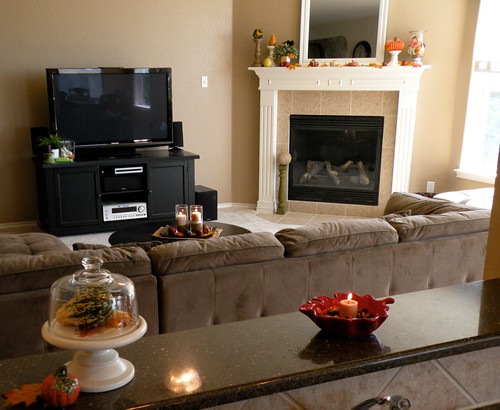 Now I’m just one step closer to having a Fall house!

Have a great Fall, y’all!

« So, I bought the filler stuff. Now what?!
Guest Blogging at Tatertots and Jello »