Now, normally I don’t make (much less even remember to make) recipes I’ve seen on the boob tube, but this one stuck (probably because it entails 3 ingredients – water being one of them.) 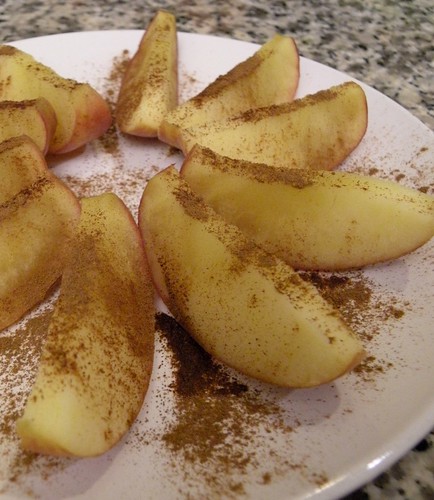 Cinnamon Apples, Allison-style (this is my even easier version of what Jillian shared, and hers was pretty easy!)

Or you can also call them Healthy Apple Pie, or Apple Pie, low-cal style, or whatevs.

Now, before the picture turns you off, just stick with me here, mmmmkay?

I know it looks kinda brownish, but trust me, these are delish.

Start with an Apple. (I LOVE Gala ones). 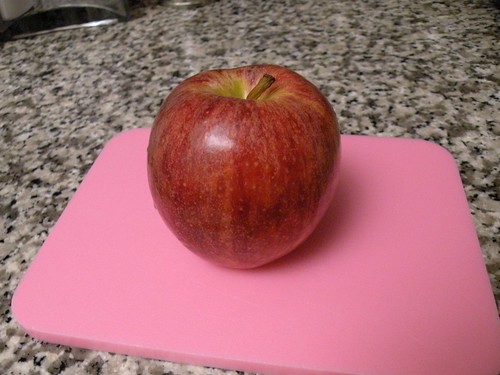 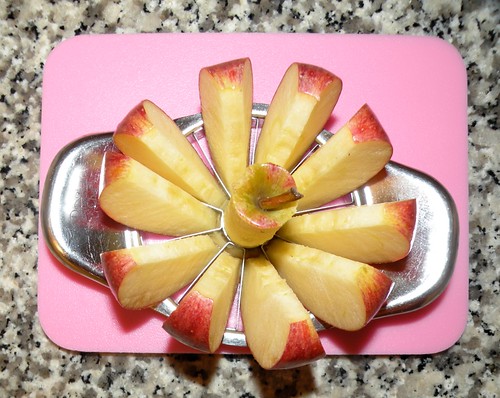 If you don’t have an apple slicer/corer, go buy one.

Throw the core away, put the apple in a bowl, and add some water (about 1/4 Cup or so). 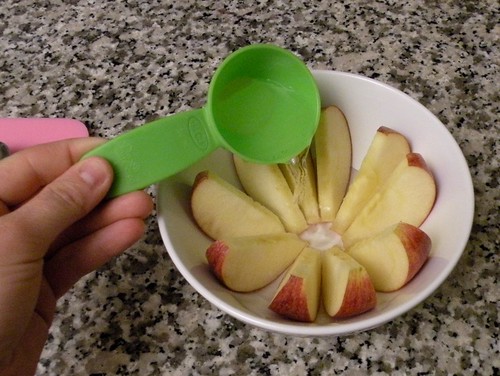 Next step not pictured: put the bowl of apple slices in the microwave, COVER, and cook for 2 minutes. Now carefully pour all the water out. You can leave the apple in the bowl or put it on a plate.

Once you’ve drained the water, sprinkle cinnamon all over the apple. NOTE: Use straight cinnamon. You do not need a cinnamon/sugar mixture for this. 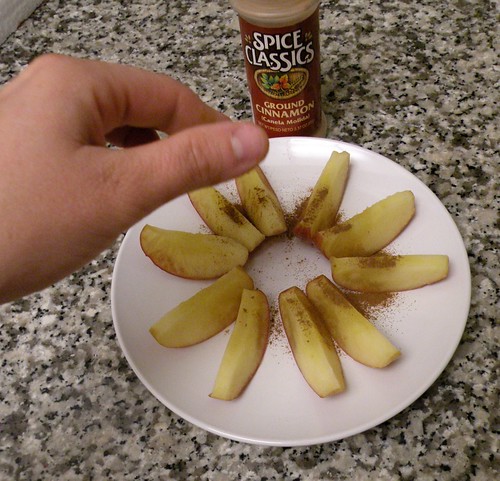 Now take a minute to admire how symmetrically I’ve laid out the apples purely for your enjoyment.

(Usually I just have them all thrown in a bowl, but I wanted ’em purdy for you.) 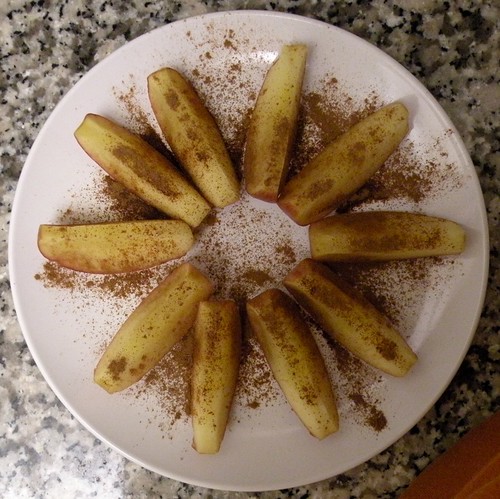 Now enjoy eating them (careful, they are H-O-T). 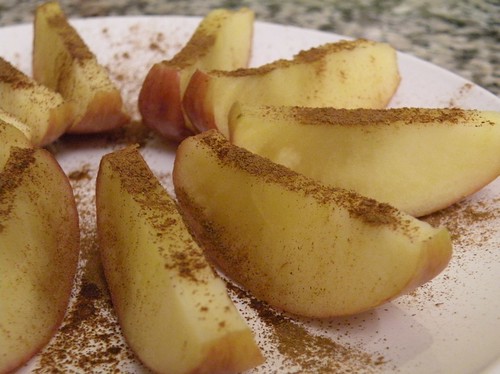 These taste almost like an apple pie. Well… a very healthy apple pie. They are just soft enough (not mushy) and the cinnamon is just the icing on the cake (like my pun?)

They really are quite yummy. My daughter gobbles them right up, and she’s not even on a diet! (She’s six) LOL.

I hope you have a fantabulous weekend!