A few months ago Ben, the kids, and I were eating at Pluckers…

The waitress asked us if we’d like to try the Fried Twinkie for dessert.

{{Did he seriously just ask what a Twinkie was?}}

Not knowing what a Twinkie is is a crime against humanity.

How on earth could we have let this happen?

Obviously we just had to get the Fried Twinkie at that point. Every child in America should know what a Twinkie is by the time they are at least 2, if not younger.

(He wasn’t a fan of the Fried Twinkie, by the way)

This sudden jump kick to the crotch (Thanks Matt, for the quote) jolted us into the reality that we are far too healthy with our children. A childhood without sugar crashes and cavities… you might as well just call me the worst parent in America. What God-Fearing American would raise their offspring without Twinkies?

Obviously something had to be done about this, stat. I mean, seriously, my reputation as a parent was on the line.

And so, the GREAT Hostess showdown of 2011 was born. 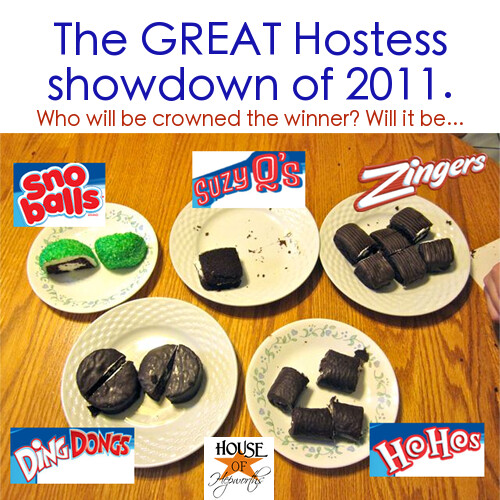 Oh, yes, yes we did. We so went there. My kids can no longer say they’ve never tried every single Hostess product on the market.

A few days after the Twinkie debacle, my mom went to the gas station and purchased one of every Hostess package they had in stock that day.

Let the tasting (and sugar crashes and cavities) begin! 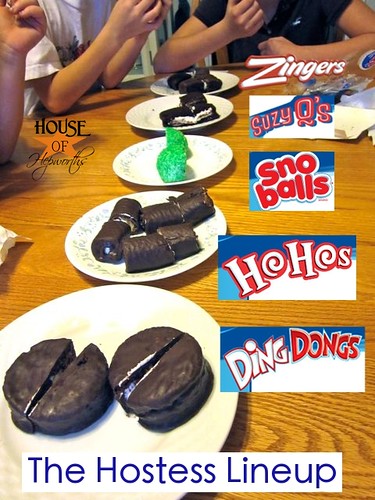 The Judges: My kids, Kinsey and Travis, and my sister Rachael. 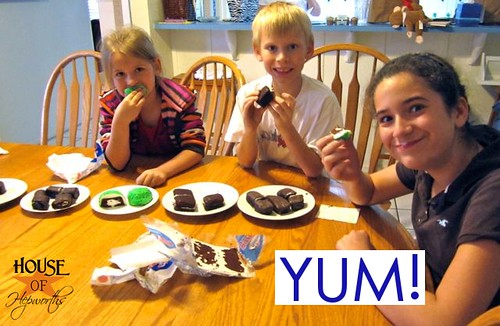 Which heart-attack in a plastic wrapper will be crowned the Hostess winner of 2011? 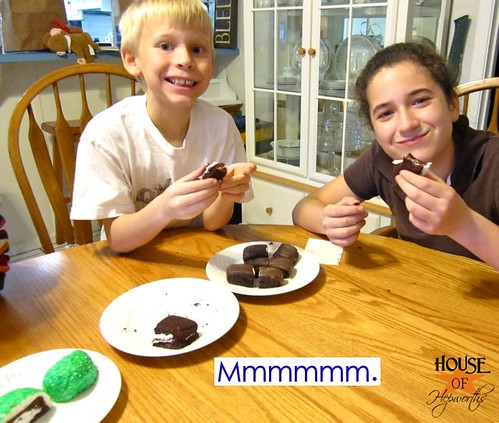 It was a tough day. By the end of the taste-testing each judge had a tummy ache and a sugar headache. But that didn’t stop them. The Judging MUST GO ON. 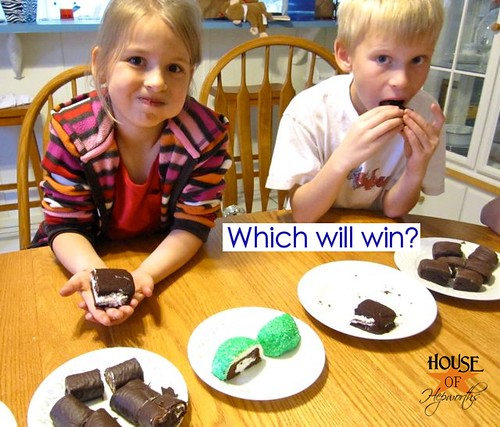 Oh, the judging was difficult. I’m so glad I didn’t have to be the one to make that call! How could anyone even decide between 5 carb and sugar filled ambrosia’s? 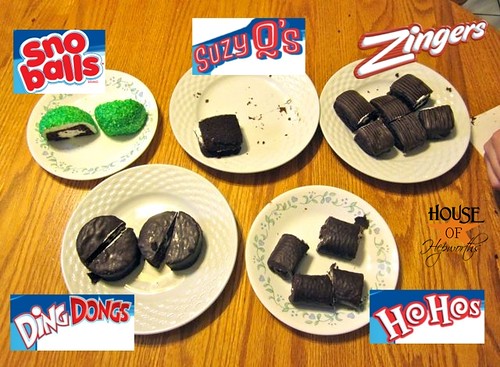 Finally, the verdict was in. The overwhelming champion was none other than… 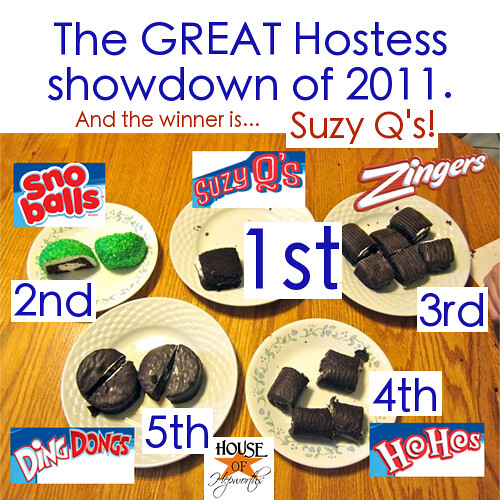 Sno Balls were a close second, only losing to the Suzy Q because Travis isn’t a fan of coconut. The other three quickly trailed off, leaving the Ding Dong the obvious loser. Poor Ding Dong.

And there you have it. The very official unofficial Hostess showdown of 2011.

My kids can now proudly call themselves Americans. They can recite the Pledge of Allegiance each morning in class without the Twinkie shame hanging over their heads. They can stop living a lie!

On a side note, yes, this is all in pure sarcastic fun. I am probably officially the worst parent in America now for having a Hostess Showdown. If it’s any consolation, my kids were so sick afterward that they haven’t asked for a single Hostess pastry since. Hmmm, maybe I’m a good parent after all.

What is your favorite Hostess sugary confection?

« I’ve been doing a lot of stripping lately. That, and giving the bird too.
HoH vacation poll »