Now that Fall has officially arrived I remembered a cute craft my mom made years ago. 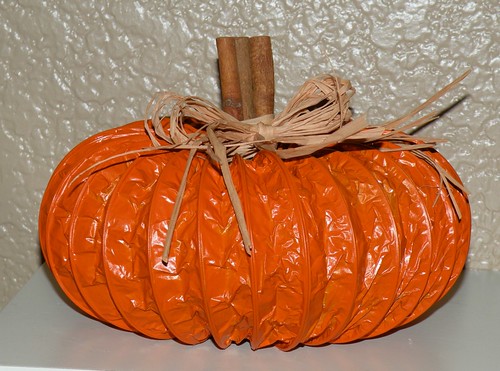 I use to have one, but I can’t find it, so I just made another one. Now I get to show you a tutorial on how to do it. Yippie! 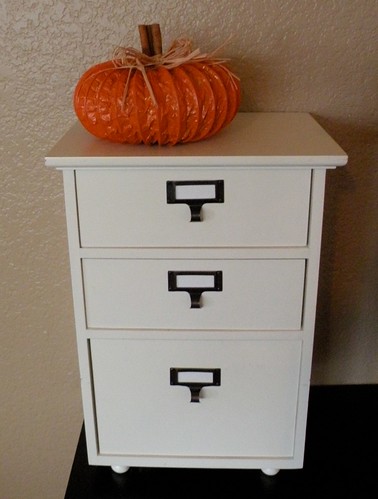 These pumpkins are so fun and easy to make. And who would have thought to use a dryer duct?

For this project you’ll need: 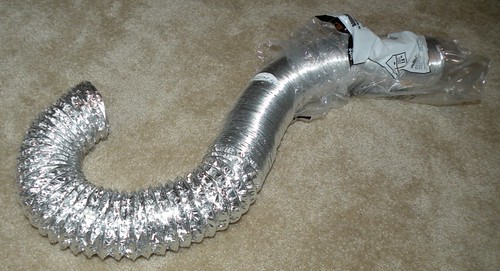 I purchased mine at a hardware store. This package was about $13, but just look at it!, it will probably make tons of pumpkins! Maybe you and your friends can go in together and split the cost. 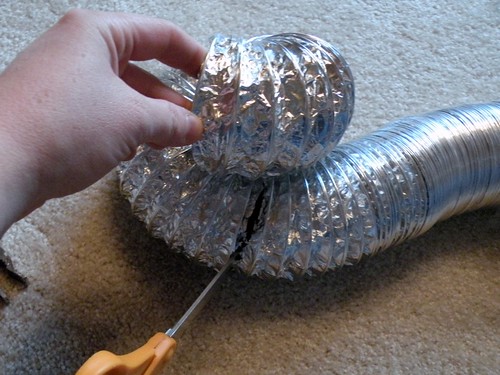 I wrapped the duct around into a circle to figure out how much I need. Make sure you cut a little extra. Better safe than sorry!

Since the duct spirals around, you’ll have to clip the wire in the duct. 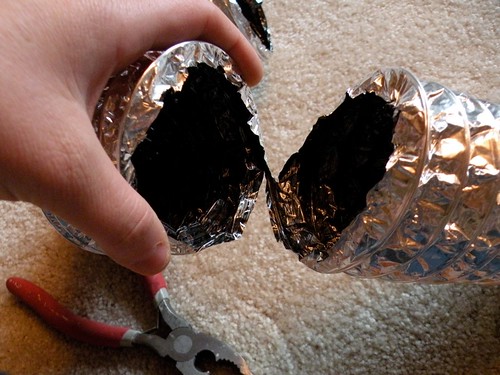 I tried to use scissors but they weren’t strong enough. I had to use pliers with a cutter on it to snip that one section. 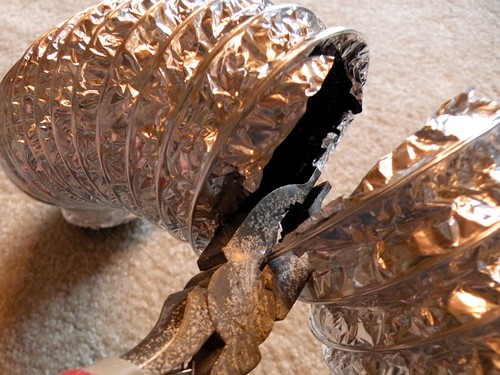 After the section was cut I measured it and it was about 21″ long.

Either end of the duct will look pretty sloppy. 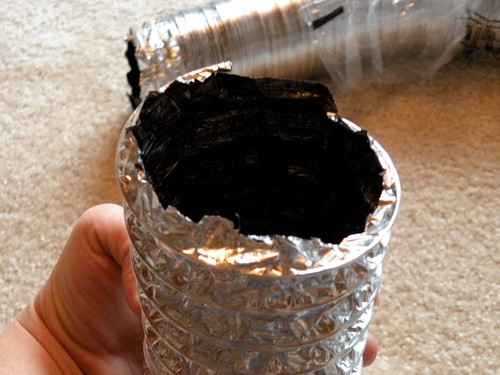 So you’ll want to tuck the extra aluminum inside to make it smooth looking. 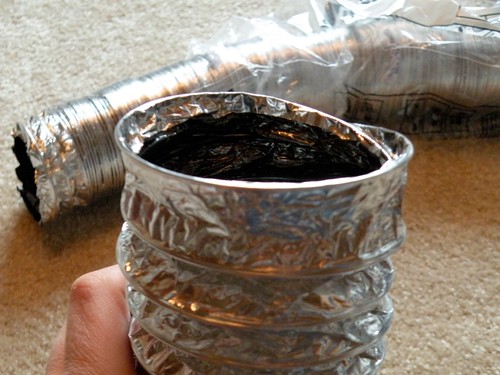 Take either end of the tubing and bring them together and hot glue the edges together. Or if you have a small stapler you can probably just staple it together. 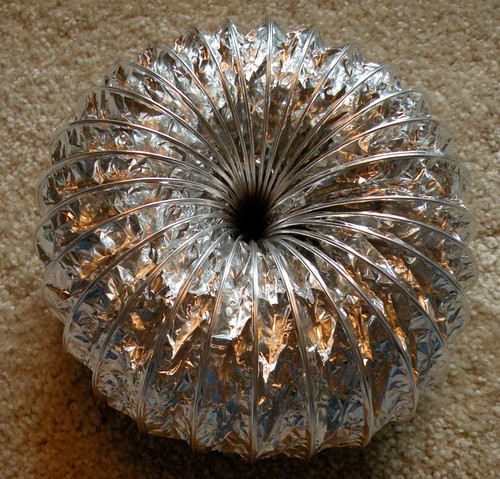 Now it’s time to spray paint! I already had bright orange Rust-oleum spray paint in my stash from my botched cooler project. I’m glad I finally found a use for this bright orange. I was afraid I had wasted four bucks. 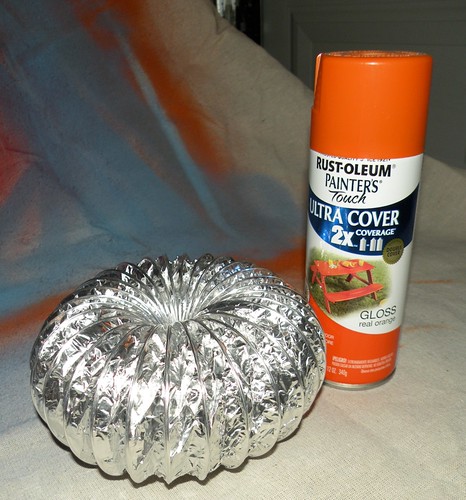 Once the paint was dry I just hot glued 3 cinnamon sticks in the middle and tied a raffia bow around it. 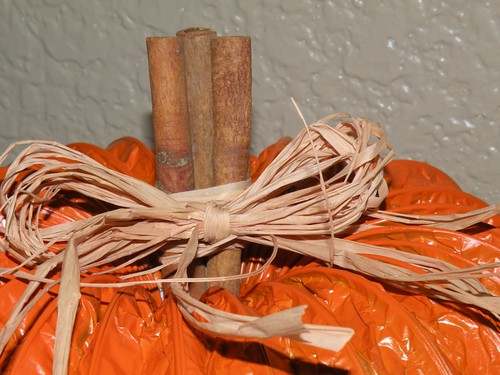 I used 3 cinnamon sticks as opposed to one because the three together made a thicker stump which in my opinion looked better.

I also used about 5 strands of raffia to make a more full bow. 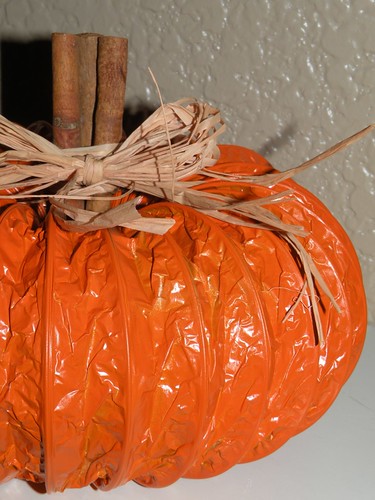 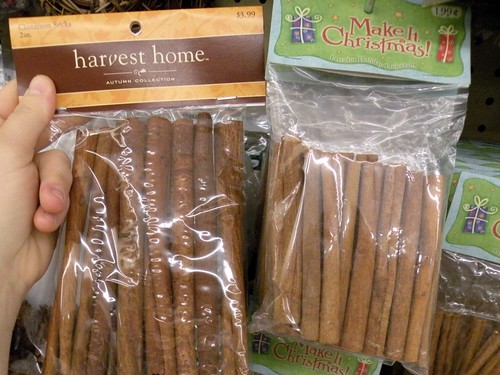 Maybe it will help my totally pathetic attempt at a computer desk seem more festive! 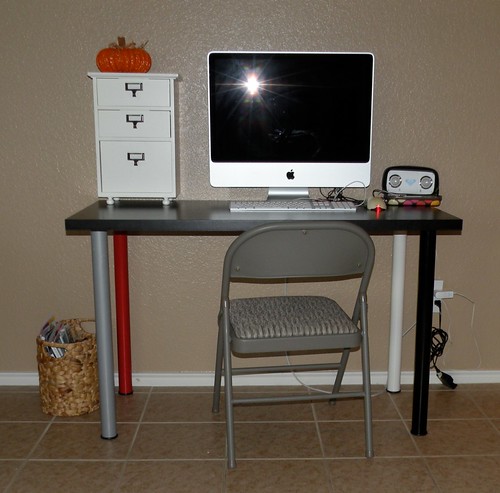 Well, at least the mini dresser and pumpkin are cute! 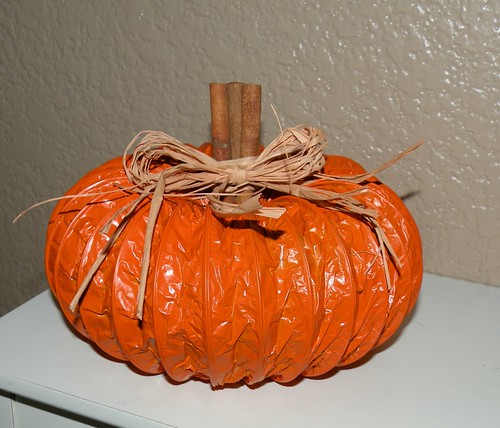 « A few updates around the hood…
The Real McCoy »