I saw this wreath over on MADE several months back. 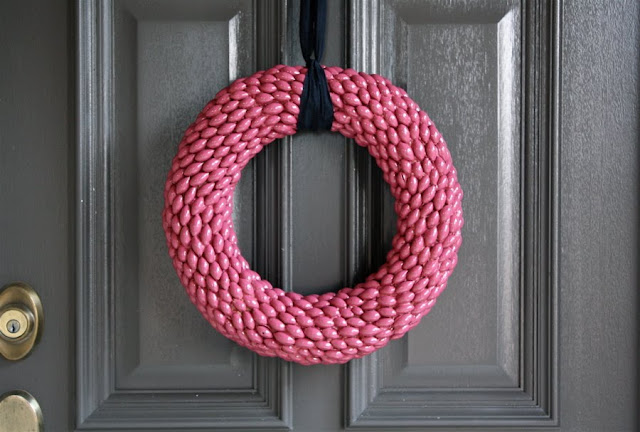 It was love at first sight. And I don’t know about where you’re from, but in these here Texas parts, we have acorns coming out the wazoo.

So I paid my kids to gather acorns. And boy did they come through for me! I could have made 10 of these huge wreaths!

I followed Dana’s tutorial. I washed them all, then I baked them. 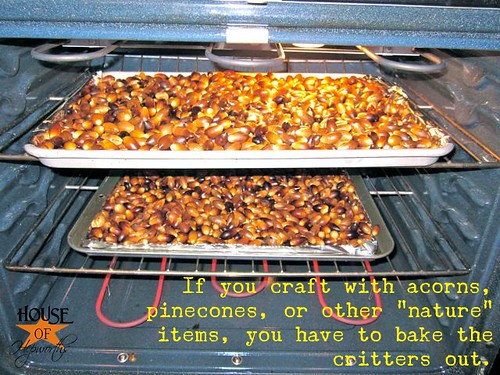 And then they cooled off and were ready to glue! 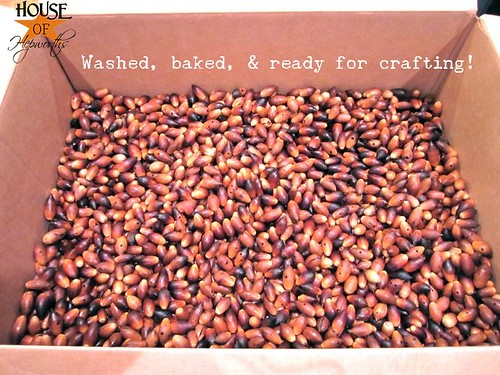 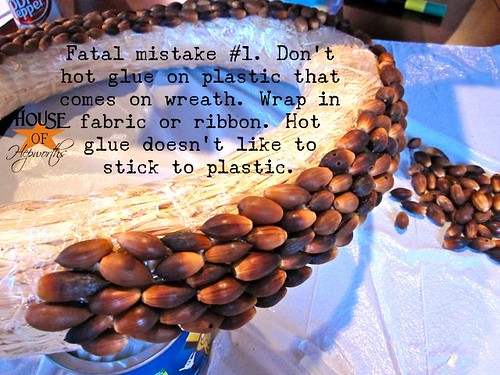 By something that can only be described as a “Miracle” I actually finished gluing all 12,436 acorns (an estimate. I did not waste my time counting acorns.) on the Monster Truck tire.

And, though I didn’t know it at the time, I was making Mistake #1. The hugest mistake of the project. (Hot glue likes to just pop right off of plastic wrap.) 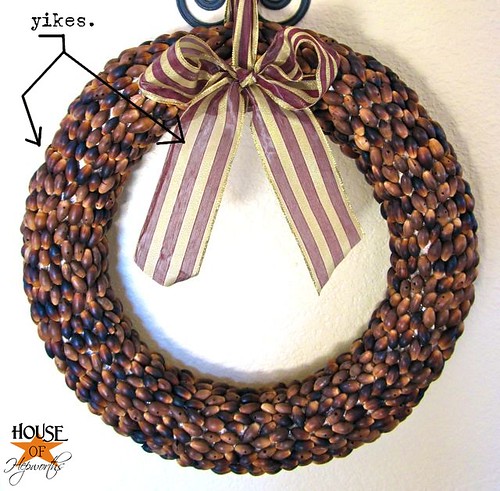 And it weighed about 30 lbs. Seriously, this thing was like a freaking Cinder Block on a ribbon.

The ribbon looks horrible with the wreath. I should be shot for that one.

A little yellow spray paint later… Call off the firing squad. I redeemed myself. 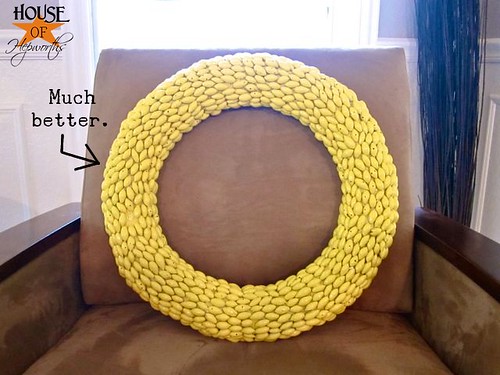 And now starts the beginning of the end of poor yellow acorn wreath….

I got lazy. I could have taken the 20 steps to the garage to get the staple gun, but nope. The paper stapler was right there. “I’ll just put 4-5 staples into the ribbon and wall. That should secure it just.fine.” 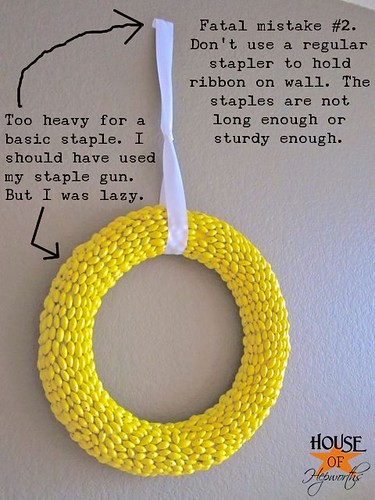 The plan was to staple the ribbon on the wall, then hold the wreath away from the wall as I put my big huge mirror back. That way it would look like the wreath was attached to the back of the mirror…

But when I tried to put the mirror back (by myself – Mistake #3!), let’s just say the poor yellow acorn wreath died a slow and painful death. And I never even had a chance to name him! 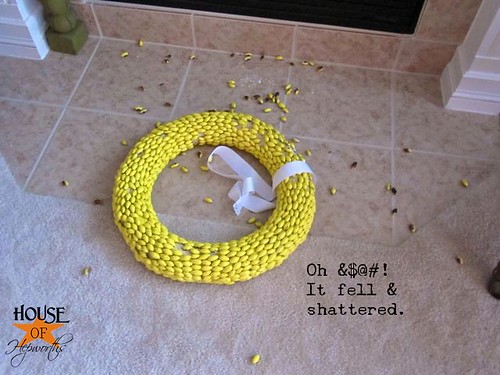 Oh, “bleep-itty bleepin’ bleepster” is right. He never even saw it coming. 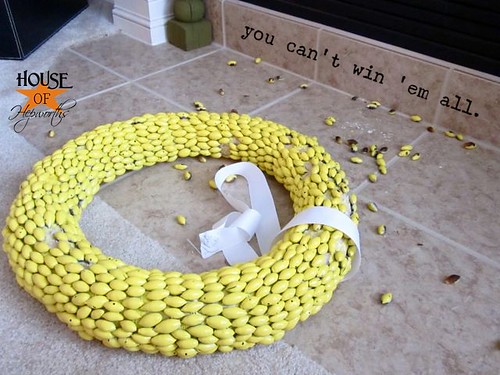 In all honesty, I did try to repair him. And he was looking pretty good. But that dang hot glue and plastic wrap! Every single time I picked the wreath up, at least 2-3 acorns would pop off.

So I said “screw it” and I scraped all the acorns off and threw them away. And now I have a semi yellow wreath that I’m going to be using for a different project, hopefully soon. 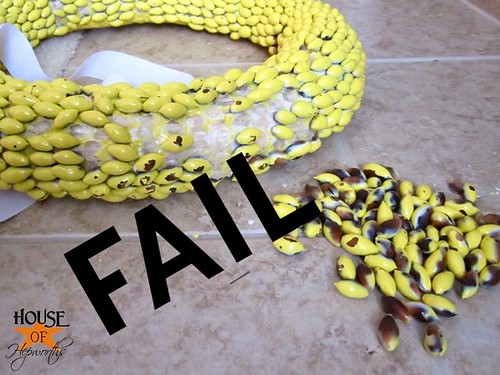 And on that note, let me leave you with an equally horrible FAIL project that happened last week. 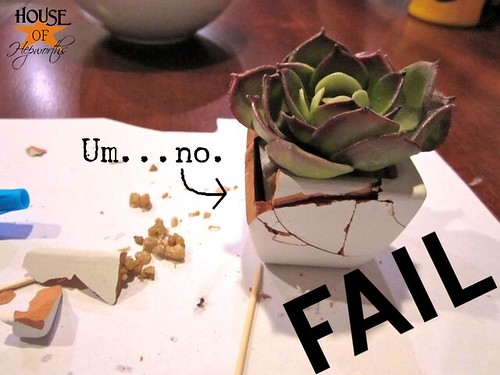 My itty bitty Pier 1 cactus fell off my shelf and shattered. I cried. I loved this little guy. And now my shelf looks wonky with just two cacti instead of 3.

So I got out the Super Glue. Yup. It was horrible. I knew going into it I shouldn’t even bother. But I was determined.

Now I have just the little cactus plant with no container. I’m going to find a cute tiny little planter for it if it kills me.

My secret is out. Allison at House of Hepworths has horrilbe craft days. I can’t win them all. I try, but there are times when I have to just throw down a red flag, call a foul, and get ejected from the craft project.

So, have you had any FAILS lately? Do tell! I’ll feel more normal if I know you have bad craft days too.

UPDATE! The cactus has been saved! Find out how I used him here.