Wanna see THE wreath that started this blog?!

THE ACTUAL real-for-real wreath that had me so smitten that I asked my sister Lindsey where she got it and she said she made it from a blog online called Living with Lindsay (no relation) so I started reading Living with Lindsay which started the blog obsession which prompted me to start House of Hepworths, formally known as aheppy (for like 2 seconds, until I found a less dumb name?)?

Ya, that wreath. Wanna see it? 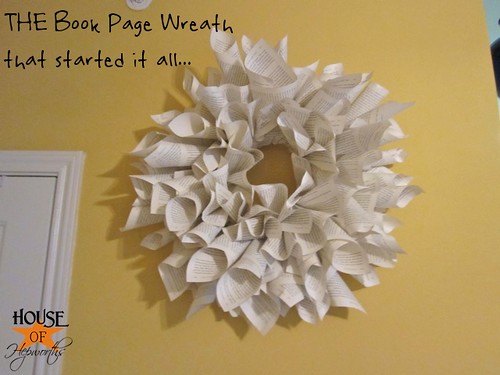 It was a cold and dark night in late December of 2008… Kidding.

But for real, some time in about 2008 I saw this wreath, started OBSESSING about it, asked my even-more-hilarious-and-quirky-than-me sister Lindsey about 10 times “WHAT was that blog again where you made your cute wreath?”. Finally she posted it on my Facebook wall so that I would for-the-love-of-everything-crafty stop asking her already. Lindsay is NOT that hard a name to remember after all!

And now, 3 years later, I finally got around to taking photos of her Book Page Wreath… 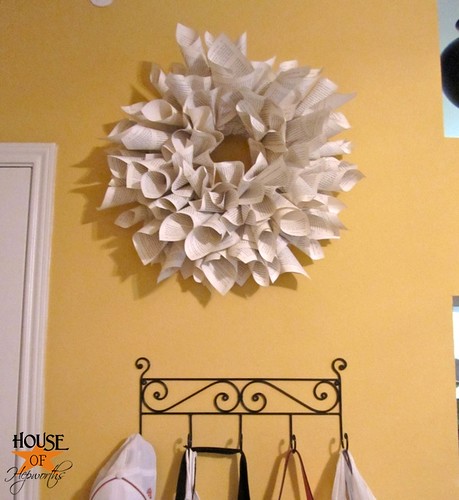 And now, 3 years later, I still have never made the infamous Book Page Wreath. (But I did buy a book for it awhile ago.)

I wanted to show you guys a photo of Lindsey, but I couldn’t find a cute one so I stole this gem off her Facebook Page. This is my sister Lindsey (in the middle) with her BFF Liz and her boy toy Chad: 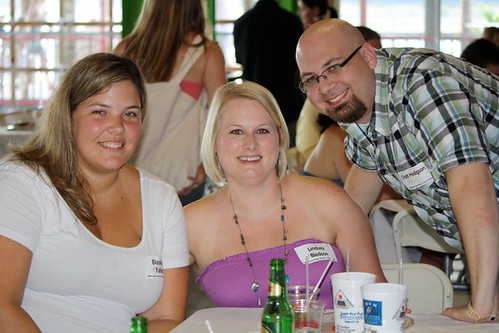 But I won’t (show you) because I’ve been FORBIDDEN by both Ben AND Lindsey to never ever EVER show that photo in public again. Ever. So, sorry kids, I promised I’d never post that photo

ever again. And I respect Ben and Lindsey waaay too much to go behind their backs and show you that photo even just one.more.time.

And here’s one more of Me and Lindz in… well, I’ll just let you take a wild guess: 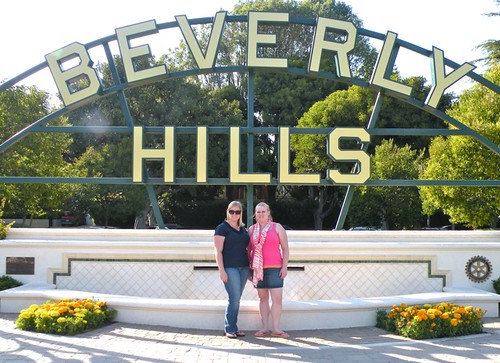 You can’t really see our faces very well, but I really wanted to just brag through subliminal message that we’ve been to Beverly Hills. THE Beverly Hills. And we lived to tell the tale.

Funny side story… when we moved {back} to Texas I had to enroll the kids at school here. The registrar at the school asked for my previous address. When she said “city” I said “Beverly Hills”. She gets this weird look and goes, “Is that in Texas?”. I was all, “Um, no. California.”

I’m pretty sure she felt so dumb after that. Poor lady. She seemed so embarrassed yet also shocked that I’d actually lived in THE Beverly Hills.

She probably reads my blog (yes, I’m that conceited to assume everyone I know reads my blog) and now hates me.

(disclaimer: we lived there for 6 months for Ben’s job. His company paid for it. We’ll never be that rich! lol).

Where was I? Oh, right, Lindsey…

Lindsey is one of my favorite people on this planet. In addition, she’s crafty. She came over a few weeks ago and wanted to borrow my Silhouette so she could cut out some vinyl. Never one to turn down a chance to use my toy (minds out of the gutter people! Geesh.), I obliged.

This is what she had concocted for her craft:

How cute are those?!? Srsly.

I’m just pissed I didn’t think of it first. Damn you Lindsey.

They were so easy to make, yet they are so fun and creative and just plain adorable. 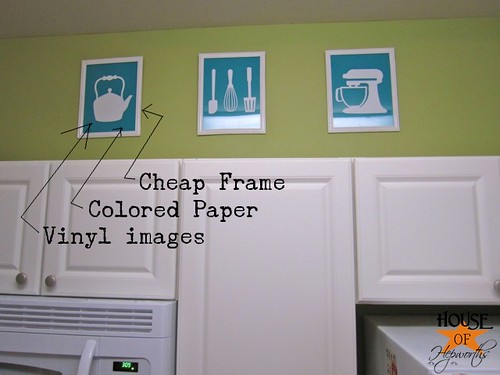 She bought white frames (I’m thinking from the dollar store?), backed the glass with colored paper, and then stuck the vinyl to the front of the glass.

Do you notice Lindsey’s GREEN walls? And her wreath wall was yellow?! She has such bold style that I’m too skeered to even attempt to pull off.

Fun to the double N I tell you. 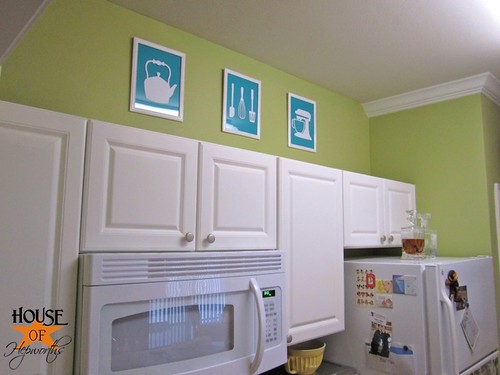 One day, when I can get her to clean her whole apartment in one day, I’ll take a photo tour for you guys. I love her style! 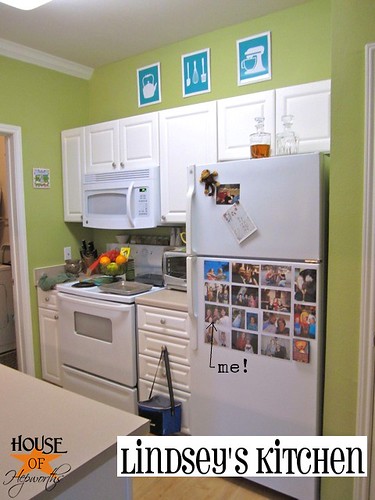 See what I mean about cleaning? I should have at least moved the cookie sheet, rag, and other stuff out of the way first. Bawhahahaha.

Well, my BFFs (yup, we are all besties now), you have now officially met my sister Lindsey.

She’s real. And she’s fun. But she’s just not Real Fun. Bada-bing! Tip the waitress, try the veal, I’ll be here all week.

She doesn’t have a blog, so feel free to tell her how awesome she is in my comments section. I may or may not tell her. I wouldn’t want it going to her head, you know.