The house is as decorated for Christmas as it’s going to get. The stockings are hung and the tree is up. Now if only I could just pull myself away from reruns of The Wonder Years (on Netflix) long enough to actually blog about the decor…

It isn’t much, but I’m pulling myself away from Kevin Arnold, his side-kick Paul, and the beautiful Winnie to give you a quick decorating tip. 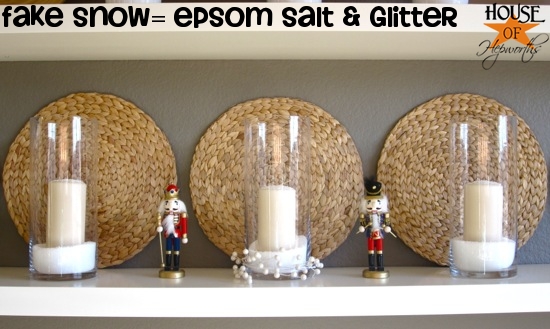 Yes, I’m dedicating an entire post to fake snow, and how to make it sparkle. I pretty much already gave it away, so I’ll be blunt.
Epsom salt + glitter = fake snow.

Buy some of this at your local grocery store (in the medicine/drug section): 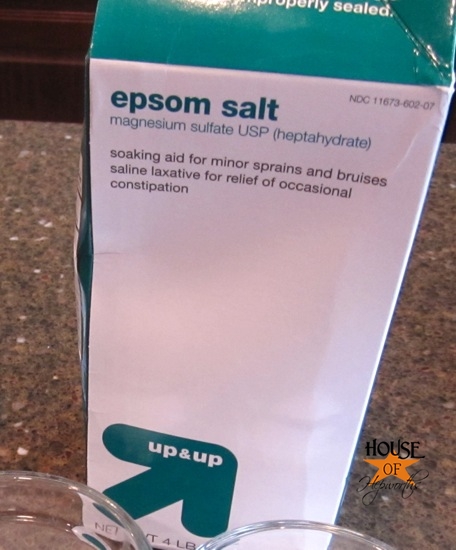 (I got mine at Target for around $2 I think) 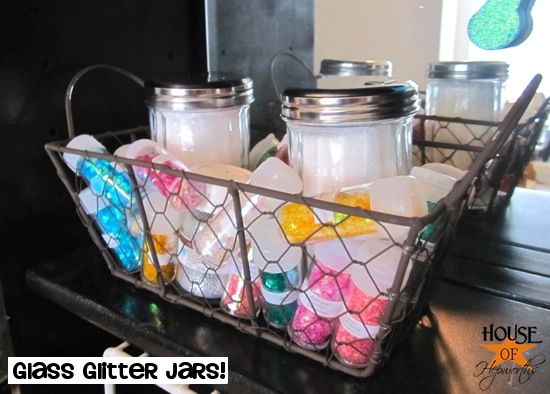 …and mix them together. I did about a cup of epsom salt and 2 tbsp glitter, but really I didn’t measure, I just dumped them together. Just imagine the epsom salt is sugar, and the glitter is cinnamon, and mix in about the same ratio you’d mix to make cinnamon-sugar. 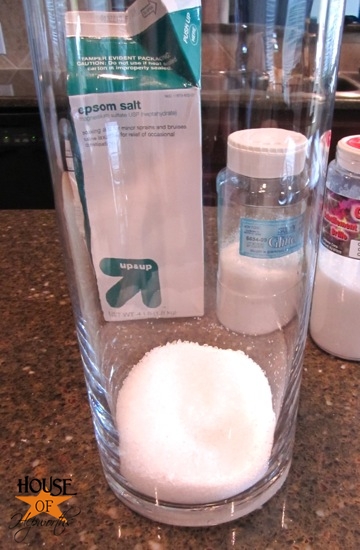 Now stick a candle in the middle, add some pics and call it done. 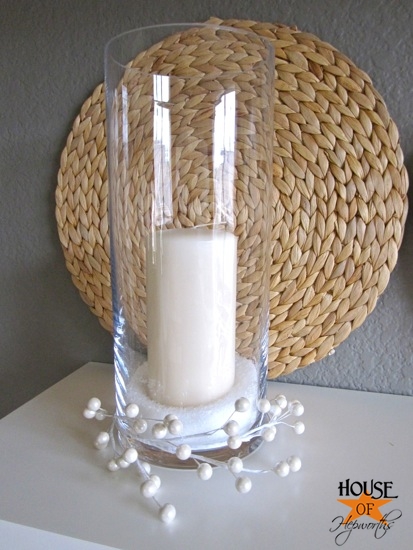 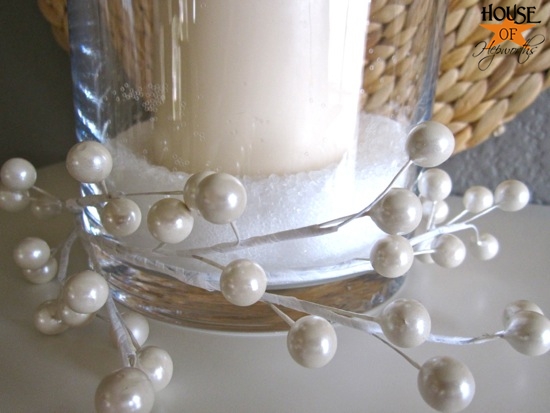 It is one of the easiest, cheapest fillers to create, and it really adds that wintery vibe to everything. And the best part, when you are done with Christmas you can add it to your bath water… you may end up picking glitter out of your hair though. 😉

I also added some sparkly fake snow to this quirky light bulb jar I found at HobLob. 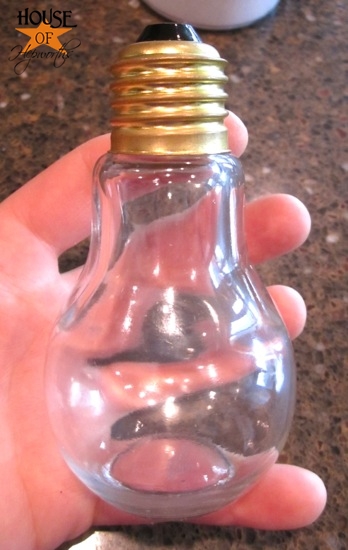 I don’t know why but I am just drawn to weird stuff like this. One day I’ll do an entire post of all the weird quirky stuff I own. You’ll think I’m such a nerd, if you don’t already. 😉 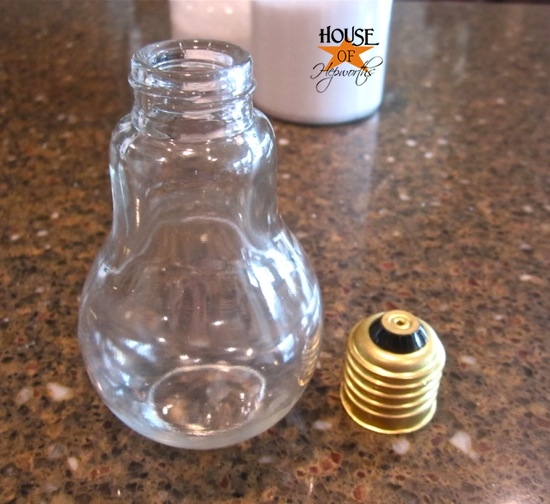 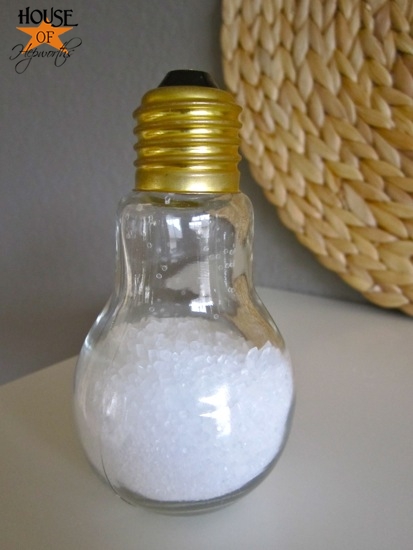 …until my friend walked in and the first thing out of her mouth was, “that is a really cute salt shaker!”

I guess it does look like a salt shaker now that she pointed it out. Bummer. Now I’ll have to think of something else to put in it. Any suggestions? All I can think of are pom-pom balls.

If I can drag myself out of my super-lazy state, then I’ll be back later tonight or tomorrow with another post. Curse you Kevin Arnold. Curse you.