It’s amazing what a little paint can do! 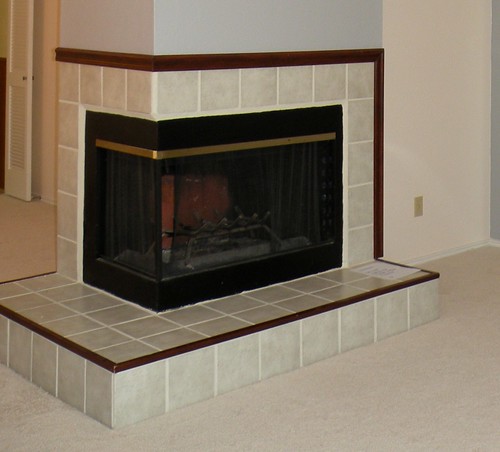 This photo is from my cell phone so pardon the crappy quality. 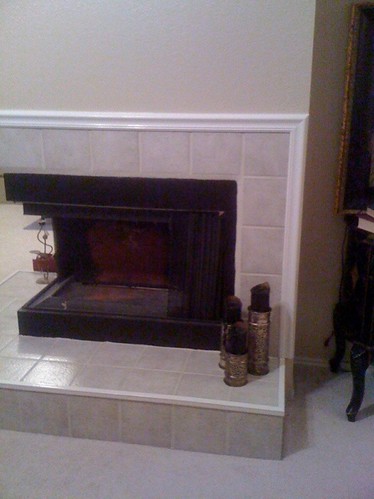 Here is a better picture of the finished fireplace. Long story, but I can’t take an “after” picture right now 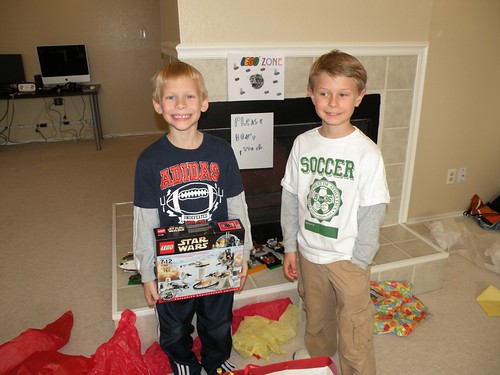 Now here’s how I did it:

The fireplace has some type of cheap pressed molding around it. It’s fake wood that is covered in this plastic-like paper that looks like cherry wood stain.

The first thing I did was tape off the area and prime the molding. I used two coats of cheap white primer. I was afraid the paint would peel off if I didn’t prime it first because the molding is basically the same quality as particle board Wal-Mart furniture. (The previous owners skimped constantly on this poor home!) 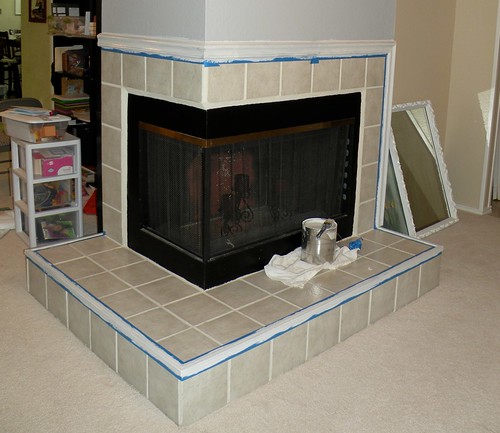 After I let the two coats of primer dry (just a few minutes – primer dries really fast) I just painted Sherwin Williams (Alabaster) high-gloss. It took a few coats because the molding was so dark before. Once I was done with the paint I carefully used a utility knife to help get the tape off.

After that I painted the walls with Sherwin Williams Kilm Beige (I think that is how you spell it). On my walls I use either Satan or Semi-gloss. I never use flat paint. My kids would destroy my walls!

« Favorite Item of the Month…
Cakes in cones »