Last week I went on a Goodwill spending spree from Beverly Hills all the way up to Van Nuys (which is right next door to Gemco, CA – home to the set of Dunder Mifflin Paper Co! on The Office. I <3 The Office, thankyouverymuch!).

Anywho, one of the things I bought on my spree was this picture frame: 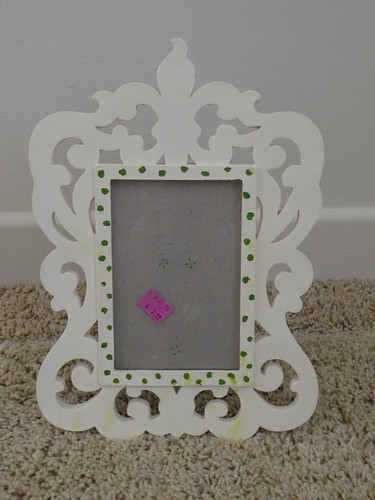 It was more than I really wanted to pay for a Goodwill frame ($2.99) but lemme tell you what! Goodwills in “Hollywood” are NOT dirt cheap! I’ve gotten some totally awesome stuff probably from really rich stuck up famous peeps, but finding a dresser for like five bucks just ain’t gonna happen here in the land of the rich and famous.

So anyway, I paid $2.99 for this frame that some 12-year old tried to paint green dots on.

After a couple coats of FLAT black spray paint, I think she turned out pretty great. 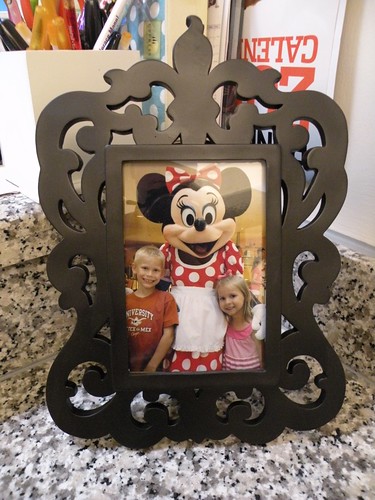 Of course, any picture frame with those totally adorable kids (and Minnie!) can’t look too shabby, can it? I lurve my new frame!! And I lurve my kids even more. <3

(Lots of pictures of my family here!) 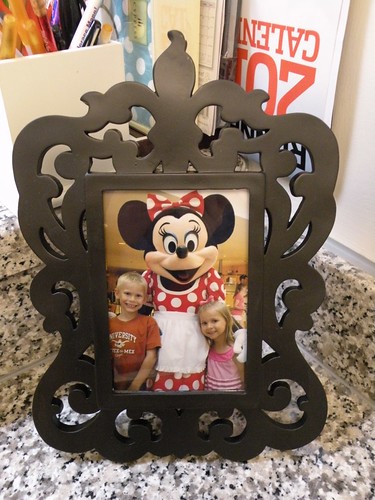 And for all you “Office” fans, you can thank me now and later. 😉 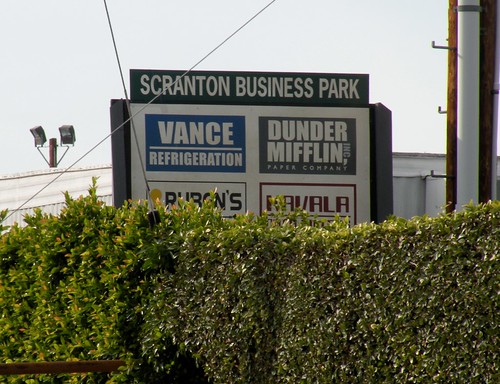 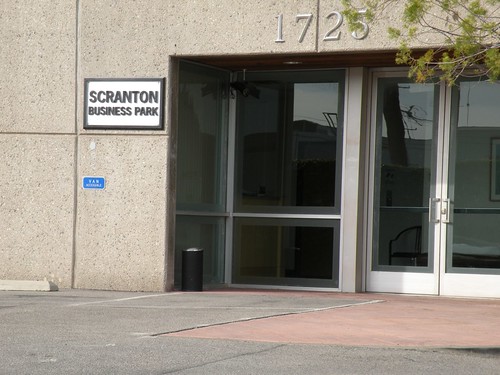 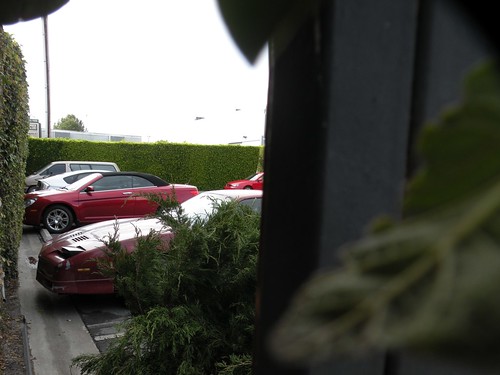 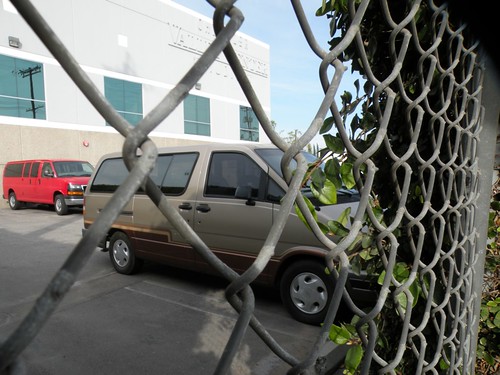 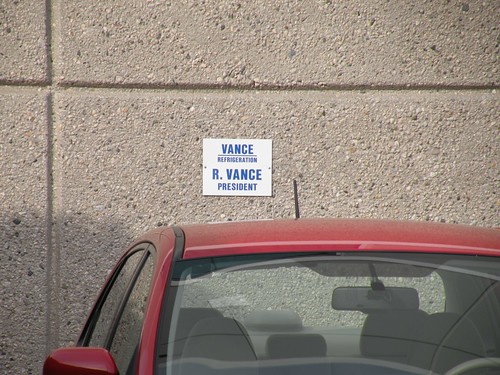 Yes, I’ve been here and yes, I took all the pictures. Did I mention than I HEART The Office?