This H was the biggest pain in the rear!

I swear it was the most annoying project I’ve ever done. 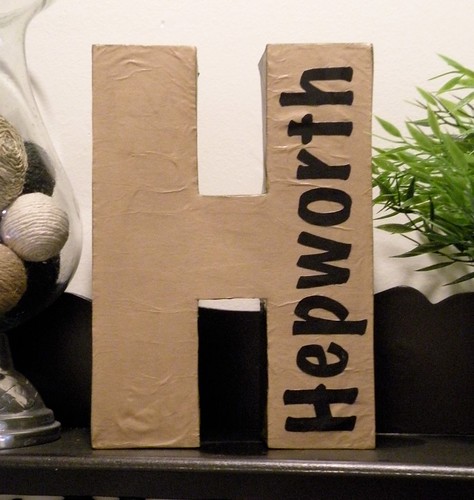 Here’s how NOT to make a large block letter…

First off, DON’T start with a cereal box: 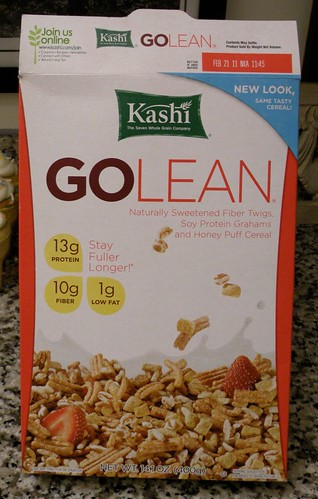 If I do this again (which I probably will) I’ll use thicker cardboard like Christy did that wont buckle on me when it gets damp. Christy is much smarter than me! 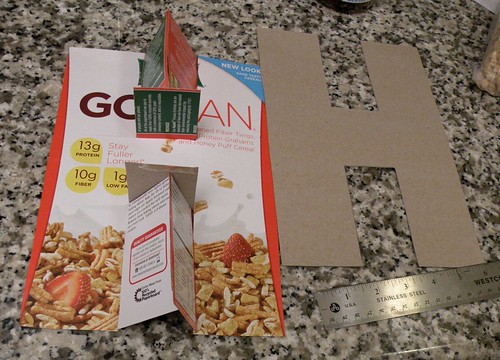 Fortunately for me, the letter H is symmetrical and easy to make. No curves or weird shapes.

So basically I cut out two identical H’s, and then I attached them to each other using rectangle pieces in between taped with box tape. 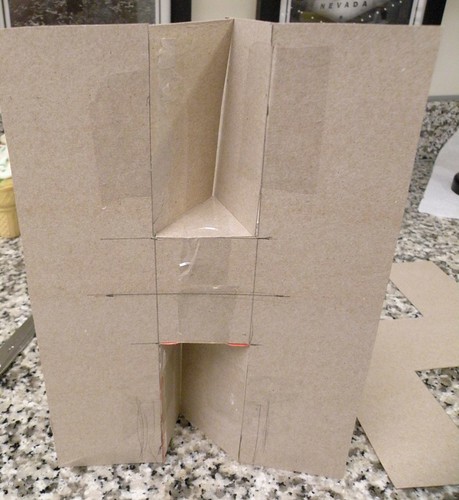 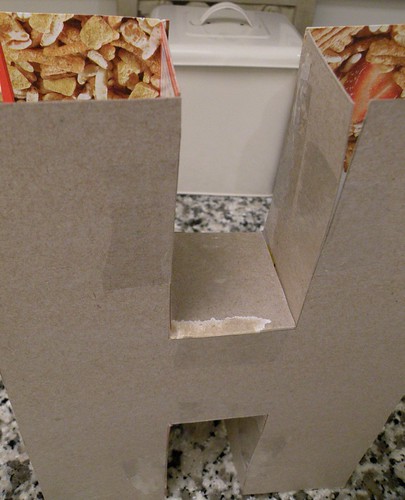 Almost done. I just cut pieces all the same width, but made each length the length of each side of the H. 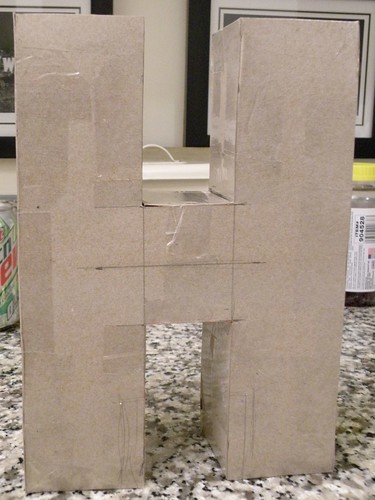 Next thing I did was the paper bag technique. 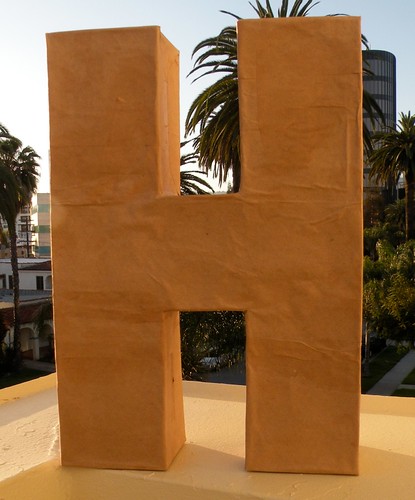 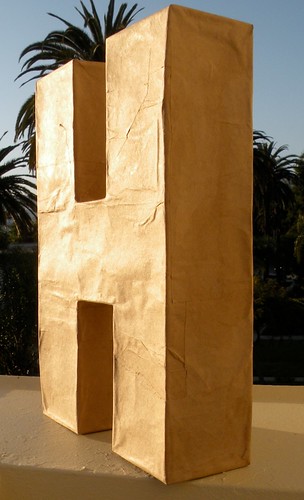 So far so good. I should have just stopped here, but it just needed *something* else. Hmmmm…

The next thing you should NOT do is spray paint it this color. 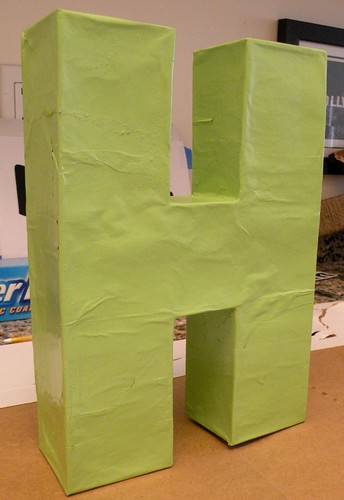 Yikes. Too late to go back. Dang it. What a waste of time! Now I have to fix it. 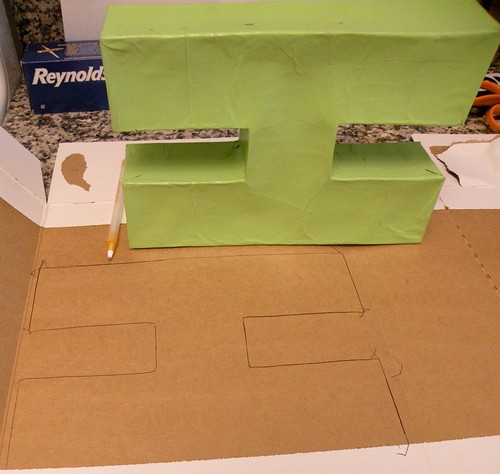 Between the watery glue from the paper bags and the spray paint, the cardboard was too thin and buckled. Now it looks even worse!

So I traced it and cut out another H. 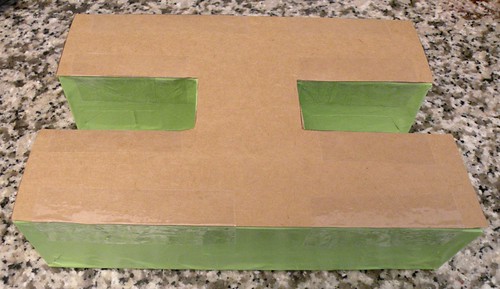 And then I attached the H with more box tape. This made it a bit thicker on the front and covered up the buckle.

Then I did the paper bag technique again.

I will NOT give up so easily! This H will turn out if it kills me! 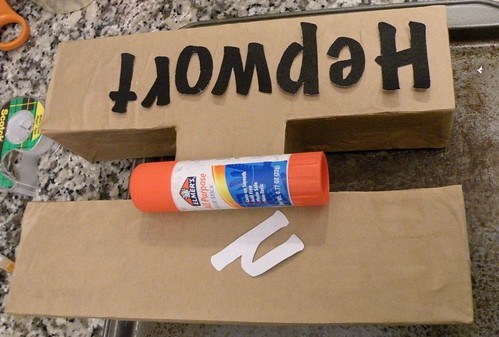 So after the paper bag dried I printed Hepworth from the computer, cut out the letters, and glued them to the H.

I may be able to redeem this thing after all. 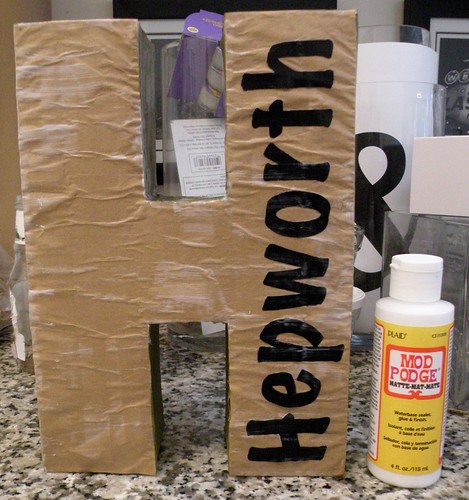 I then coated the entire thing in Mod Podge. This was my first ever attempt at Mod Podge, and now I’m hooked. Love the stuff!

I think I redeemed this H fairly well. The green was just awful, but I’m digging the neutral color with my last name running up the side.

Live and learn, right? I could have done this project in 1/3 the time if I’d used thicker cardboard, but in the end, I’m happy with it.