I am totally loving the framed skeleton keys, so go figure, I made one for myself!!

I went to Etsy.com and did a search for “skeleton keys”. I finally found some that were the right price and the right size. I paid $6 for this set of 6, but when the seller sent them she threw it two more for free, so I ended up with 8. Perfect! 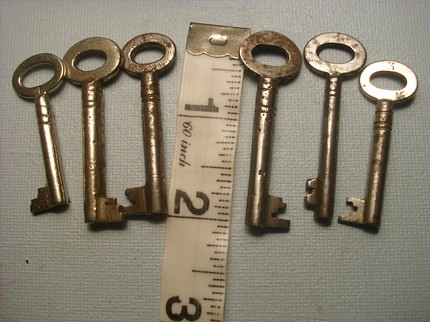 I sat on these keys for at least a month before I found a frame I liked. I bought it at a thrift store for a few dollars (it was 1/2 off day!). 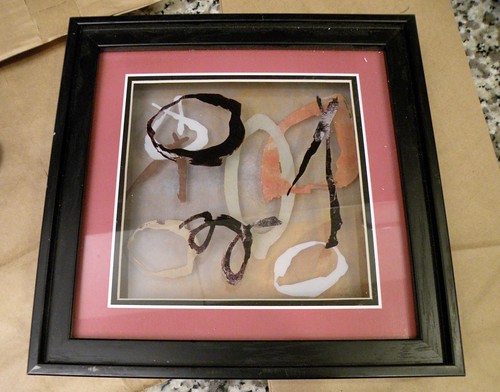 It’s hard to tell, but this frame is thick like a shadow box. 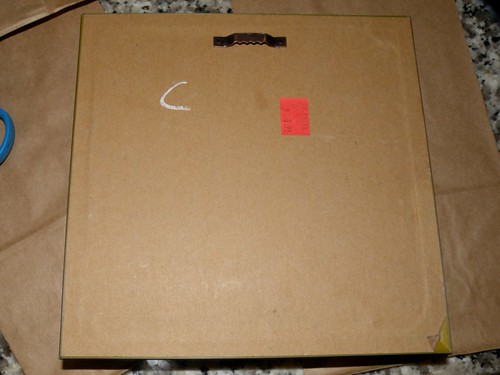 So the first thing I did was flip it over and rip the paper off. I didn’t bother taking the picture hanger off. I just worked around it. 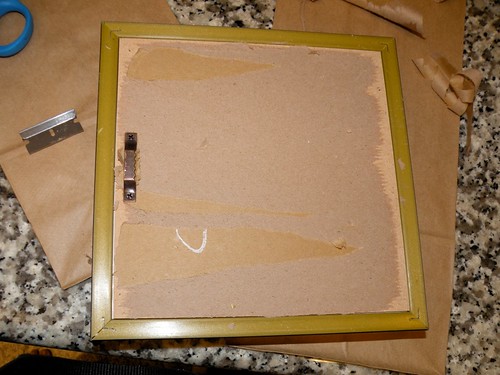 Once I got the frame apart I took a blade and shaved the image off the glass. Then I just cleaned it really well with Windex. 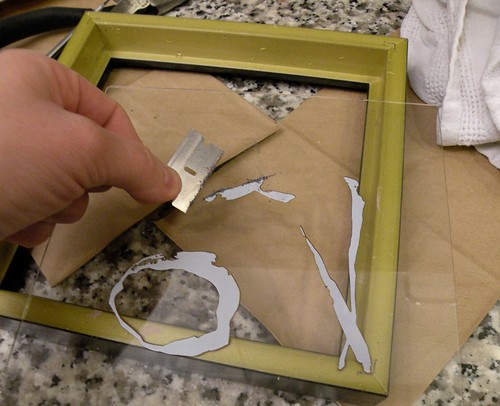 So next is my favorite part of the entire project. I did the same paper bag technique as the one I did on my large dice decor.

First, take a paper bag and tear it up into random pieces. Then crumble them all up and flatten them out again. 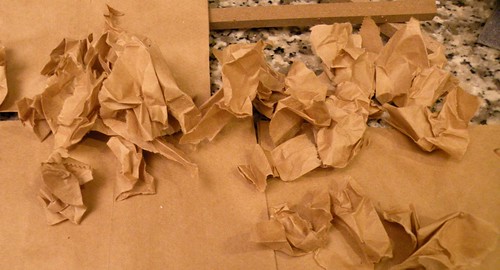 Next I took a school glue/water mixture and painted it right on the front side of the back of the frame. 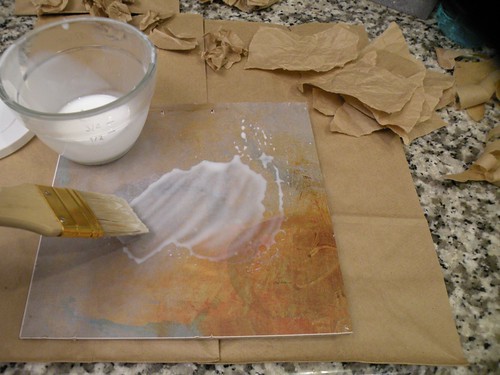 I just stuck the torn up paper all over the glue. Trust me, this is going to work! 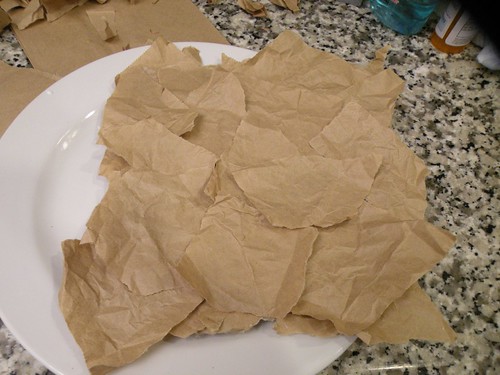 Take your glue mixture and paint it all over the top of the paper now so that it all sticks down nice and flat. 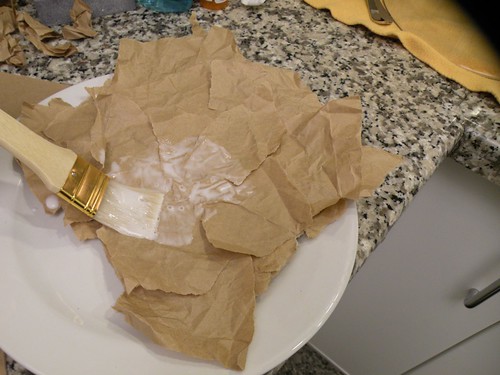 I left it over night to dry. This is how it looks once it’s dry. Isn’t it looking better already?! 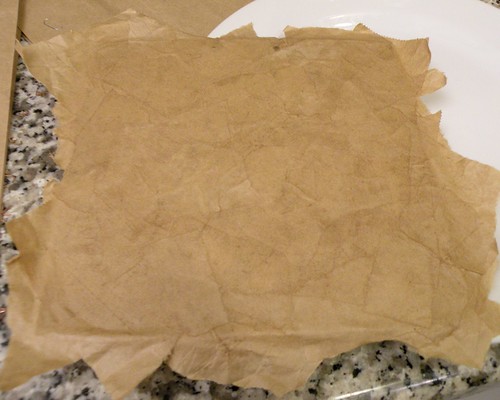 Ok so obviously you don’t want all the extra edges, so I took a blade and just carefully sliced them off. 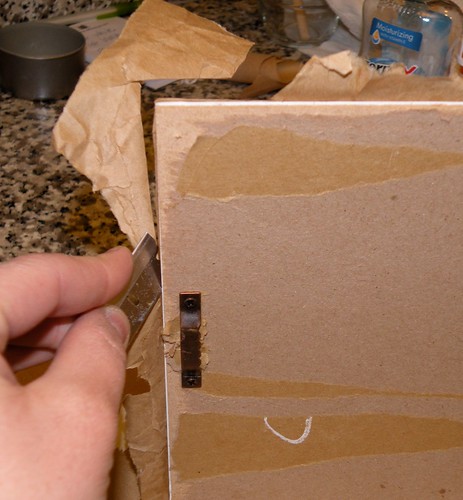 Now my mat is ready for the keys! I seriously LOVE this paper bag technique. I guess it’s like paper mache or mod podge. 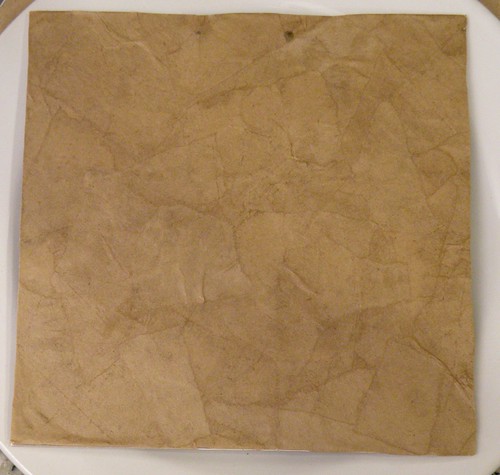 I messed around with the layout of the keys for awhile. Finally I settled on this arrangement. I put a dab of hot glue on the back of each key to hold them to the mat. 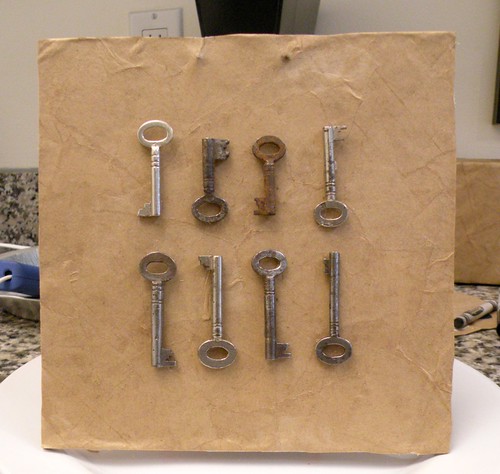 Don’t the keys against the paper bags just look so fab?! 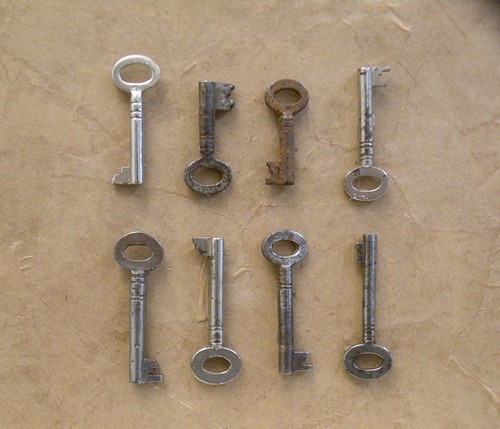 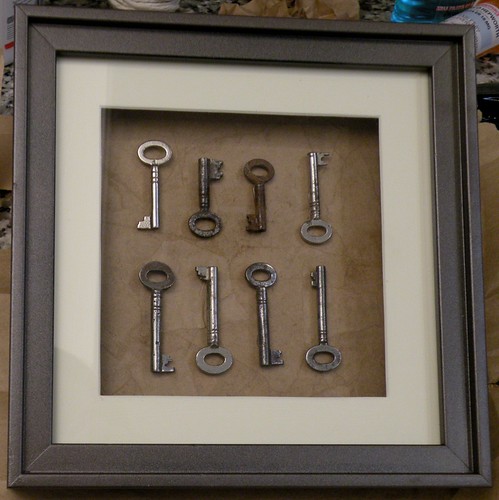 OMG, I seriously am so in love with this. 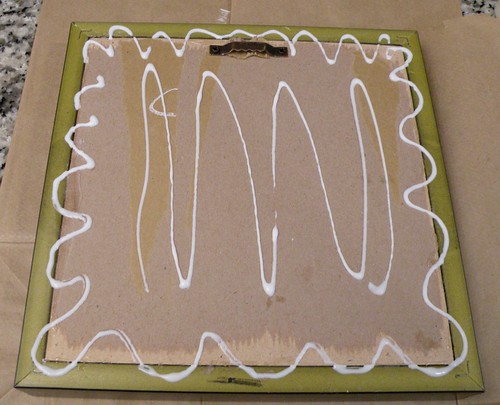 After that I just put brown paper on top, smoothed it out, and then cut the edges off with a blade. 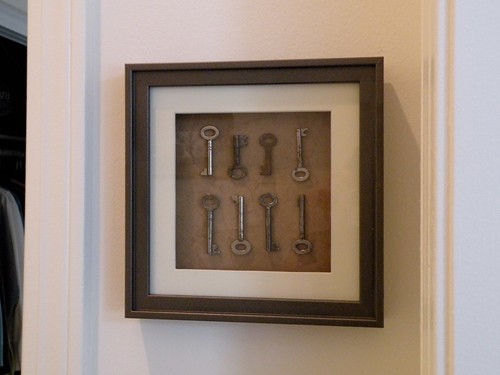 This frame is little, so I chose to hang it in a very small space in my hallway. 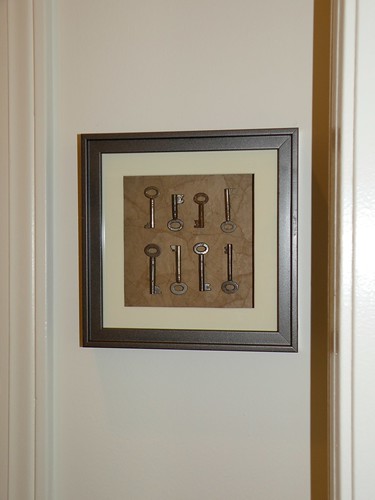 It’s so hard to get a good photo of a frame with glass in it! Either my reflection is in it, or there’s a flash on it. 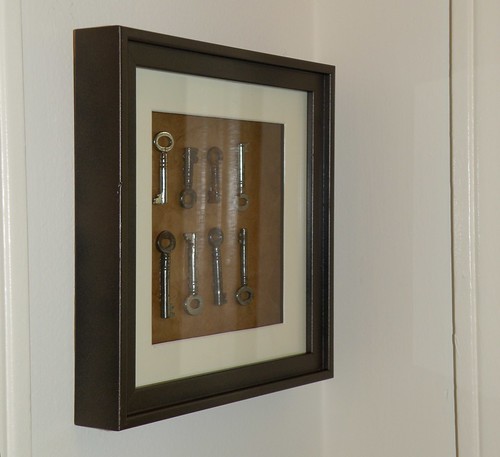 This turned out so much nicer than I pictured it in my head. 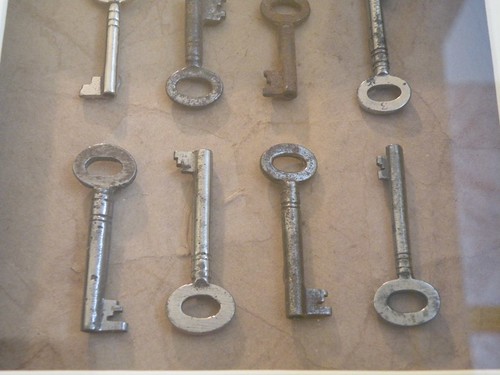 I just love it when projects seem to come together effortlessly. I try to start with a loose idea and work with the project, not against it. 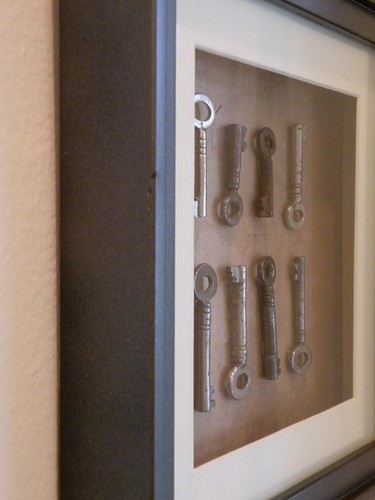 I knew I wanted framed skeleton keys. After that I really didn’t have a plan. As I browsed thrift shops, I tried to picture each frame with the keys inside. When I found this one, I just knew it was “the one”.

It still amazes me how much cheaper it is to make your own projects as opposed to buying them retail.

I hope this tutorial has sparked some of your creativity and given you a good starting point to create your own projects!

« Mini chest of drawers makeover with a huge impact!
How to make a Cupcake Stand / Decor Pedestal »