So I’ve run into a little snag with the guest bathroom makeover. When I started the bathroom it was looking really sad and pathetic:

So far I’ve painted the room, installed all new hardware, and shared tips for painting around a toilet and hanging a shelf level.

I found this curtain at West Elm.

It was seriously love at first sight. Exactly what I was searching for for this bathroom. I ordered it on the spot.

Finally the shower curtain arrived in the mail. 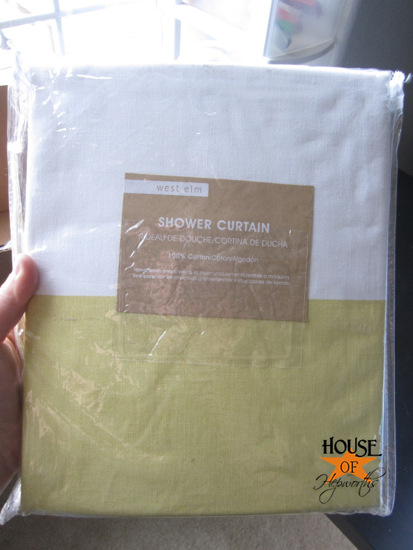 It certainly isn’t as yellow as I expected. In fact, it’s more like a yellowish pea soup color. They call it “Citron”.

I wasn’t thrilled but I figured I’d try it out anyway. In the mean time I found this duvet at Target. 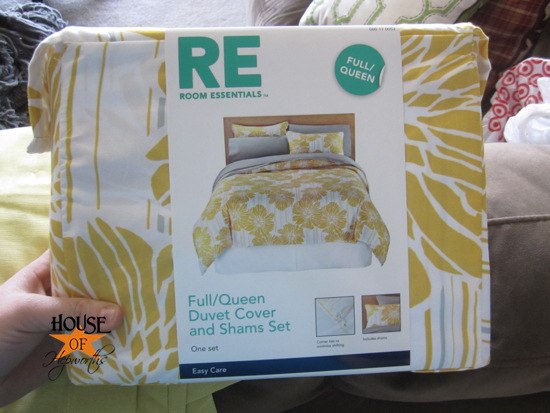 I thought the pattern and color were both nice and might look good converted into a shower curtain. So I bought it as well.

Once I had both curtains, I used some basic clips to attach it to the top of the plastic liner. I wanted to just get a visual of how each looked before I did anything drastic. 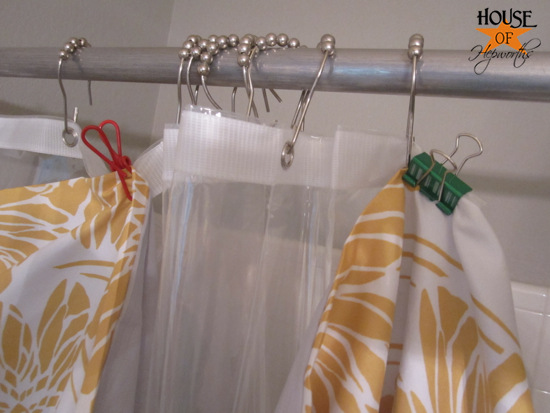 Once the Target duvet was attached I stepped back to admire. I fully expected to love it the most and return the West Elm curtain. 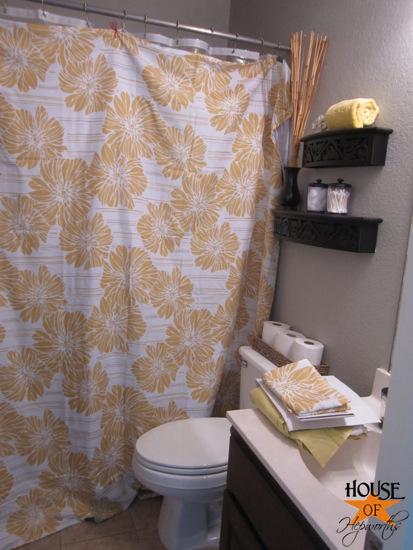 So, um ya. I totally hate it. It came down and was returned the same day. I actually still love the duvet, but for a shower curtain it seemed too busy and the colors seemed to just kinda clash with everything.

That left me with the “Citron” West Elm curtain. I clipped it up as well, and though I have to admit, I don’t love it by any stretch of the imagination, it’s better than nothing so I kept it. 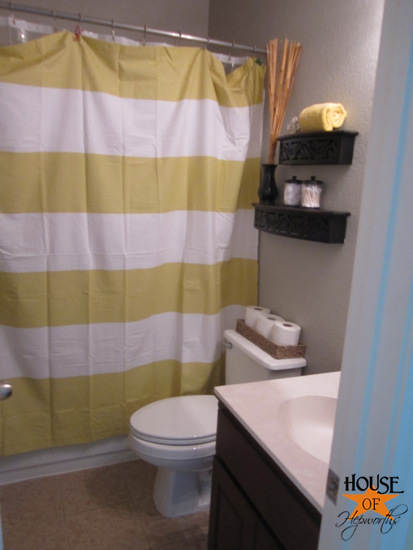 And here it is fully installed on the shower bar. I’m really disappointed in the color of this curtain. I was hoping for sunny yellow.

I’m just really torn though. Part of me likes the curtain enough to not hassle returning it, yet another part of me thinks the color looks like a newborn’s diaper {you know what I’m talking about!}. Also, whenever I walk into the bathroom, this is what I see: 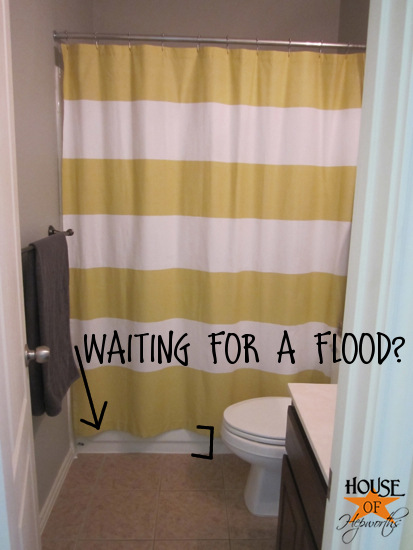 My gut is telling me to return the curtain. I probably will. I’m just having a hard time finding one I really love, and it will drive me nuts if this bathroom is left curtian-less for too long. Argh!

I’ll let you know as the saga unfolds. Who would have thought a shower curtain would cause such turmoil and drama?

For now, here’s a good before and after.

Besides the curtain drama, I think the bathroom is looking so much better! 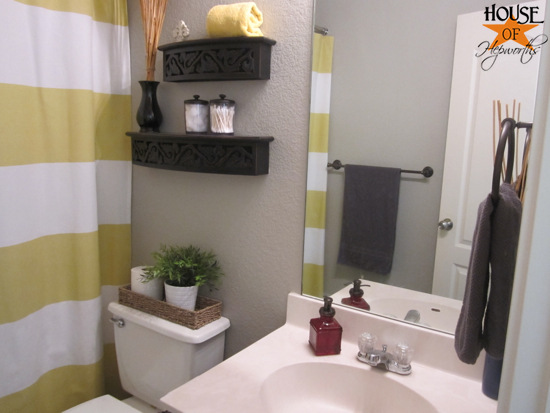 Some have mentioned to frame out the mirror… I actually plan on doing that once I’m not so lazy! lol And also whenever I find a great deal on a faucet, or I have enough money for a nice one, that builder-grade faucet is getting swapped out as well.

I’d love your thoughts on the shower curtain!