Guys, we are getting a propane tank. We have officially graduated to country folk. You might as well call us Hank and Peggy Hill. Travis is now Bobby. I’m not sure I can get on board with Kinsey being Luanne though. Hmmm.

(If you reading from an RSS reader, to view the video embedded you must click through to my actual blog. Sorry!)

Neither of us grew up in the country, so this whole “country living” thing is a learning experience for us. Now that we are renovating our kitchen we figured it wouldn’t hurt to get a quick estimate from a local propane company. Our last house had a gas cooktop (natural gas, not propane) and we loved cooking on it. We have been missing cooking over an actual flame since moving to this new house that came with an electric glass cooktop.

I assumed it would be way over budget to run a gas line into our kitchen, but I was seriously mistaken. The entire quote included running the gas pipes from outside, through the attic, and down into the kitchen, all the labor and parts, renting a 250 gallon propane tank from the propane company, and filling it with 100 gallons of propane for less than $800. Honestly, I was expecting it to be in the several thousand dollar range and was ready to sulk away and accept that we are stuck with an electric range forever, but after his quote came back less than eight hundred bucks, we said, “Can you start tomorrow?”.

They actually couldn’t start until we gutted the kitchen, so he told us to give him a call back once the kitchen was gutted and we had the sheetrock removed for them. That day finally came last Thursday morning when they showed up and began their work. They started by drilling a big hole into the 2x4s into the attic. 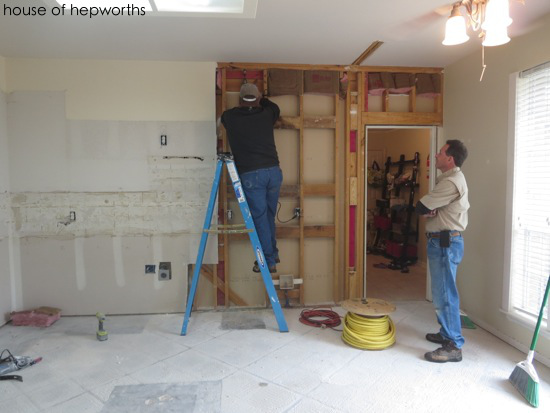 One of the guys went into the attic and pulled the flexible gas tubing through the hole and ran it to another hole they drilled on the outside of our house. 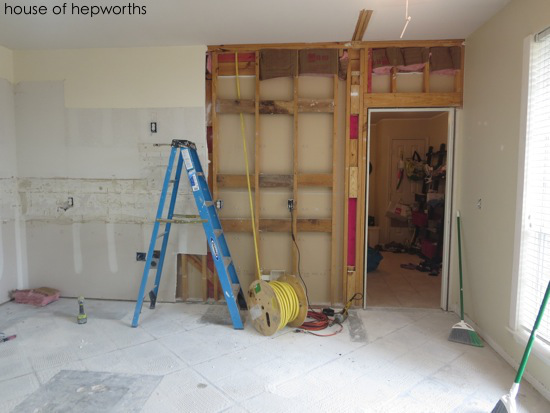 Here’s the exit point. They aren’t going to actually install the tank until we are ready to hook up the appliances (hopefully in about 3 weeks… maybe a few more). For now they capped off the end of this tubing right at the base of the roof. 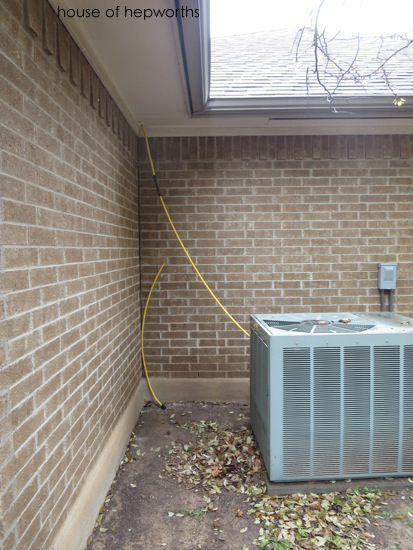 Once all the flexible tubing was installed they began working on the metal piping that comes out of the wall where the range sits. They used this very cool chain vice that was installed on the back of their truck to hold all the pieces while they connected everything. I geeked out about it and took a photo. I’m sure they thought I was weird for getting excited about discovering a vice that uses a chain to hold the pipe in place. 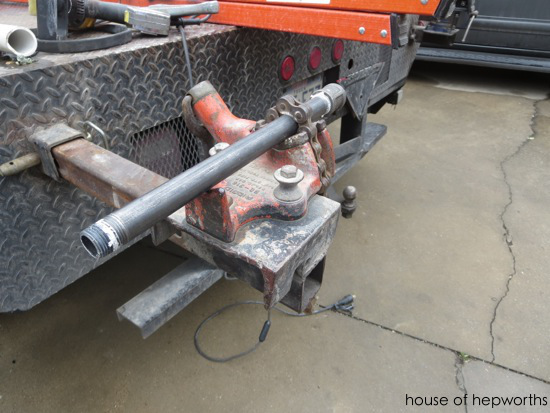 Here’s the finished pipe they built. The far left is where the range will connect to it. The switch on the right will be hidden inside a cabinet and is used to turn off and on the gas. 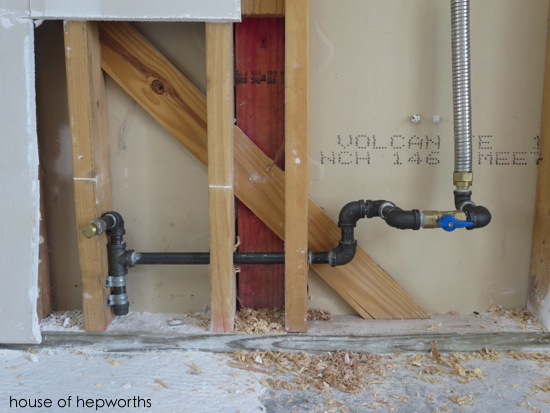 And here’s the entire section of all the plumbing. I don’t know about you, but I find this type of stuff so fascinating. I was asking them so many questions; not because I was trying to pester them, but because I was genuinely curious. I’m sure they still thought I was annoying though. haha 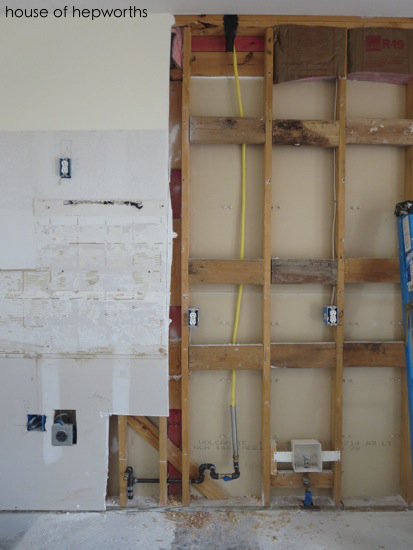 Like I said before, they aren’t going to actually bring a tank out or hook up any gas until the range is ready to be connected. They will finish everything up when they come back. Gas ranges come ready for natural gas, so we also will have to buy a part that converts the range so it accepts propane. The propane company will come out and set all of that up for us though.

In addition to using the propane for the range in the kitchen, we will have a 2nd line run to the backyard so we can connect our gas grill. They will run the 2nd line when they come back to install the tank and hook up the range. Down the road we have talked about swapping the electric water heater for a gas tankless one, but that isn’t in our plans for this renovation. We don’t plan on ever fully converting the entire house to gas, just those three items I just listed.

We did a lot more work to the house over the weekend, but this post is already too long to I will try to fire off a few more posts quickly to share what else we have done around here. We’ve worked so hard lately though that Ben and I can hardly even walk anymore. I’ll tell you what, I’m definitely not 20 anymore!

Here’s Part 2 of the propane install.